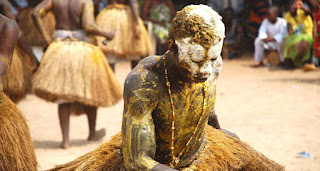 A persecution watchdog has added four more African countries to the list of the world’s most dangerous and difficult places to follow Christ in its 2023 prayer guide for churches.

Announcing the launch of its annual 2023 Global Prayer Guide, The Voice of the Martyrs, which has tracked the persecution of Christians worldwide since 1997, said it has added and designated Benin, the Democratic Republic of the Congo, Mozambique and Niger as “hostile” nations.

VOM explained that the “hostile” designation includes nations or large areas of countries where national governments attempt to provide protection for the Christian population, but Christians are routinely persecuted by family, community members and/or extremist groups because of their witness. The Global Prayer Guide is free to anyone who requests a copy here and was created to inform and equip Christians worldwide with how best to pray for their persecuted brothers and sisters.

Benin, which borders western Nigeria, is considered the birthplace of voodoo, and many in the north view Christianity as a threat to their traditional beliefs.

Jihadi violence increased in Benin during the second half of 2022, according to another watchdog, International Christian Concern, which says extremist groups linked to al Qaeda and the Islamic State have been waging war in the Sahel for several years. “However, the violence is slowly creeping south and west into neighboring states, including Burkina Faso and Benin.”

Christians account for roughly 30% of the population of 13.3 million in this small West African nation, and Evangelicals about 8%.

In Congo, the church in the eastern parts is “under immense pressure,” VOM explains, as Islamist groups severely persecute Christians there, raiding villages, destroying churches and brutally killing hundreds of believers.

Last October, a group of nongovernmental organizations urged the U.S. Department of Homeland Security to allow Congolese citizens to remain in the United States with a work permit as they face the possibility of severe persecution by Islamic extremist groups in their home country.

"Though the Congolese government is pushing back against these terrorist groups, insufficient attention is paid to Christian communities, which are targeted for their differing religious beliefs," ICC stated at the time.

"ICC has witnessed the violence in the DRC firsthand, in one instance coming across the still-smoking wreckage of a car attacked by terrorists in June of this year. Just days later, at least 10 Christians were killed when an Islamist extremist group ambushed their three vehicles near the village of Makisabo, Beni. The Allied Democratic Forces, an Islamist extremist group, allegedly blocked the road, shot all the passengers, and set the vehicles on fire."

VOM added that in Mozambique, an Islamic insurgency that started in 2019 continues to create chaos and instability in the northern province of Cabo Del Gado.

Islamic extremists have been exploiting a crisis in the coastal province of Cabo Delgado. A civil war started in 2017 over the area rich with gas, rubies, graphite, gold and other natural resources. Protesters demonstrated against what they say is profits going to an elite in the ruling Frelimo Party, with few jobs for local residents.

In Niger, radical Islamists from countries surrounding the nation, including Mali, Burkina Faso and Nigeria, are attacking Christians inside the country with increasing frequency, VOM said.

“The ongoing spread of radical Islam on the African continent is increasing the daily danger for our Christian brothers and sisters there,” VOM spokesperson Todd Nettleton said. “The first thing that persecuted Christians ask Christians in free nations to do for them is to pray.”

In March 2021, over 130 people and nearly two dozen children were killed in a series of suspected Islamic extremist raids in Niger.