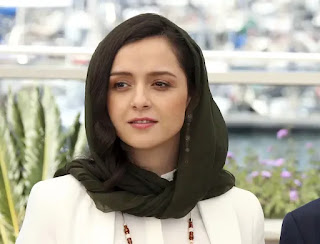 FILE - This May 21, 2016 file photo shows actress Taraneh Alidoosti during a photo call for the film "Forushande" (The Salesman) at the 69th international film festival, Cannes, southern France. Iranian authorities arrested Alidoosti, one of the country’s most famous actresses on charges of spreading falsehoods about nationwide protests that grip the country, state media said Saturday, Dec. 17, 2022. (AP Photo/Joel Ryan, File)
DUBAI, UNITED ARAB EMIRATES (AP) — Local media are reporting that Iran has released a prominent actress nearly three weeks after she was jailed for expressing solidarity with a man who was executed over unrest linked to anti-government protests.

Iran’s semi-official ISNA news agency reported Wednesday that Taraneh Alidoosti, the 38-year-old star of Asghar Farhadi’s Oscar-winning “The Salesman,” was released on bail. Her mother, Nadere Hakimelahi, said she would be released in a post on Instagram.

Alidoosti had joined several Iranian celebrities in expressing support for the nationwide protests and criticizing the authorities’ violent crackdown on dissent. She had posted at least three messages in support of the protests on Instagram before her account was disabled.

One message had expressed support for the first man to be executed on charges linked to the protests, which were triggered by the death of a woman in police custody and have escalated into widespread calls for the overthrow of clerical rule.

The protests mark one of the biggest challenges to the Islamic Republic since it was established after the 1979 revolution, and have prompted a heavy crackdown by security forces, who have used live ammunition, bird shot and tear gas to disperse protesters, according to rights groups.

Mohsen Shekari was executed Dec. 9 after being charged by an Iranian court with blocking a street in Tehran and attacking a member of the country’s security forces with a machete. A week later, Iran executed a second prisoner, Majidreza Rahnavard, by public hanging. He had been accused of stabbing two members of the paramilitary Basij militia, which is leading the crackdown.

Activists say at least a dozen people have been sentenced to death in closed-door hearings over charges linked to the protests.

At least 516 protesters have been killed and over 19,000 people have been arrested, according to Human Rights Activists in Iran, a group that has closely monitored the unrest. Iranian authorities have not provided an official count of those killed or detained.
AP News Iran News Desk Press