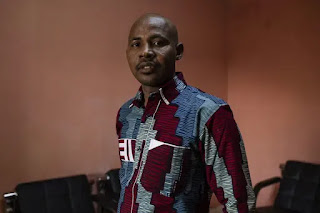 BY ARSENE KABORE AND SAM MEDNICK

The military supporters killed nearly 30 civilians last week in Nouna town, a predominately Fulani and Muslim community, according to Daouda Diallo, executive secretary of the civic group, the Collective Against Impunity and Stigmatization of Communities. Burkina Faso’s Fulani people have been increasingly targeted by the military and local defense militias because they are suspected of supporting the West African country’s Islamic extremist rebels that have been inflicting violence on the country for years.

“They (support militia) essentially targeted resourceful or influential people and the able-bodied members of the community, resulting in the loss of many human lives,” said Diallo. The killings in Nouna were revenge attacks by volunteer fighters after jihadis attacked their headquarters, he said.

Burkina Faso’s government said it has launched an investigation into the killings of at least 28 people. In a statement Monday, Armel Sama Burkina Faso’s prosecutor called on the population to remain calm during the investigation and said the government would arrest the perpetrators who conducted acts of “unprecedented gravity.”

Extremist groups linked to al-Qaida and the Islamic State group have killed thousands and displaced nearly 2 million people in Burkina Faso over the past seven years. Lack of confidence in the government’s ability to stem the extremist violence led to two coups in Burkina Faso last year.

There were more initiatives for dialogue between communities and the jihadis under the rule of the previous junta leader, Col. Paul Henri Sandaogo Damiba, which might have resulted in fewer killings, he said.

In an attempt to stem jihadi violence, the government has recruited tens of thousands of civilian volunteers to fight alongside the army. Both groups have been accused by rights groups of committing atrocities against civilians. Many Fulani community members say they’re equally afraid of the jihadis as they are of the volunteer militias.

Burkina Faso’s government didn’t immediately respond to questions about the alleged abuses. In his New Year’s speech to the nation, Traore thanked the volunteer fighters for their patriotism.

But across Burkina Faso, residents charge that the volunteers are rounding up civilians and killing them.

In December, seven volunteers abducted a father and son from their shop in Kongoussi town in the Center North region, Yacouba Diallo a resident who said he witnessed their abduction told The Associated Press by phone. The men were found dead in the forest two days later, the father had two gunshots to his body and the son was slaughtered with a knife, said Diallo.

“I think we are currently seeing a grim turn in the crisis in Burkina Faso, as there has clearly been an increase in extrajudicial killings in recent weeks and the events in Nouna are the culmination of this trend,” said Heni Nsaibia, a senior researcher at the Armed Conflict Location & Event Data Project.

“There is an imminent risk of further mass atrocities in the near future, possibly committed by any of the parties involved in the conflict,” he said.