Who’s Who In The Los Angeles City Council Scandal. 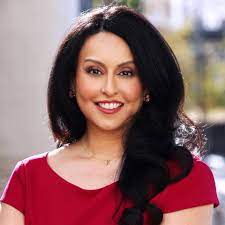 Nury Martinez. Image: Facebook
Nury Martinez: a City Council member who resigned as president of the Council after racist remarks she made during a meeting with other council members and a labor leader were made public. Ms. Martinez criticized Black council members and used racist slang in reference to the adopted Black son of a fellow council member. Ms. Martinez, a Democrat and the first Latina to become City Council president, has said that she is taking a leave of absence. She has not resigned her seat on the Council despite calls from many politicians and civic leaders for her to do so.

Gil Cedillo: a City Council member who represents parts of the city’s East Side and longtime Democratic legislator in California.

Kevin de León: a City Council member who represents parts of the city’s East Side and was heard on the recording comparing a fellow council member’s Black child to an accessory. Mr. de León, a former state senate leader, lost his bid for mayor despite endorsements from Latino groups and officials across the state and labor unions.

Ron Herrera: president of the Los Angeles County Federation of Labor, one of the most powerful labor organizations in the county. He resigned his post after the recording was released.

Mike Bonin: a City Council member whose adopted son was the subject of racist remarks by Ms. Martinez and Mr. de León. Mr. Bonin is white and gay; his young son is Black.

Nithya Raman: a City Council member of South Asian descent. On the recording, Ms. Martinez said Ms. Raman, a progressive who ousted an incumbent in 2020, should not represent Koreatown, which is now largely Latino.

Heather Hutt: a City Council member backed by Ms. Martinez to fill an empty seat on the Council. Mr. Cedillo referenced Ms. Hutt on the recording as a supporter.

Karen Bass: a U.S. Representative running for mayor of Los Angeles and longtime figure in California politics. Ms. Bass, who is Black, was a powerful Democratic member of the State Legislature before being elected to Congress. Ms. Martinez endorsed her for mayor.

George Gascón: the Los Angeles County district attorney. Ms. Martinez is heard on the leaked tape saying that “he’s with the Blacks.”

Curren Price: a City Council member referenced in the leaked tape involving a conflict over district maps. Mr. Price, who is Black, represents parts of central and south Los Angeles.

Marqueece Harris-Dawson: a City Council member mentioned in the leaked recording over a conflict about district maps. Mr. Harris-Dawson, who is Black, represents parts of south Los Angeles.

Mayor Eric Garcetti: the outgoing mayor of Los Angeles. He has called for all three council members to resign for their remarks. Mr. Garcetti is awaiting confirmation as the Biden administration’s ambassador to India.

Antonio Villaraigosa: the former mayor of Los Angeles who has criticized the language on the leaked tape.