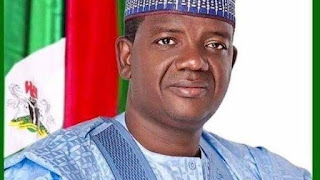 Stations sealed by the governor include NTA, Gamji Television, Alumna Television and Pride FM Station, all located in the state capital, Gusau.

The government claimed the rally was organised, despite a ban on campaigns by the state government over alleged security situation in the state.

But in a statement issued yesterday, and signed he NGE’s President, Mustapha Isah and the General Secretary, Iyobosa Uwugiaren, the umbrella body of all the editors in Nigeria described the action as illegal and a violation of the Nigeria constitution and other international instruments.

The guild stated that the only government agency charged with the constitutional mandate of regulating the broadcast stations or determining any infraction in the conduct of broadcasting industry was the National Broadcasting Commission, NBC.

‘’While the NGE doesn’t even wan’t to go into the illegality of the ban on political activities in that state, our primary concern here is the unlawful and unconstitutional action of the state governor against the affected stations for carrying out their constitutional and social obligations – of reporting events and keeping the citizens informed of political developments in the state.

‘’In fact, the shut stations would have been accused of unprofessional misconduct if they didn’t cover that rally. We are also encouraged by the fact that the regulatory agency of broadcasting, the NBC, has also condemned the unlawful action of Governor Bello Matawalle,’’ the NGE added.

Condemning the action of the governor in its entirety, the editors said his action was a serious threat to the democratic process and democracy, describing it as a precarious signal to what awaited the media, ahead of the 2023 general elections.

‘’In this case, the Zamfara State governor should have written a petition to the NBC, if at all the affected stations committed any infraction, instead resorting to self-help.

‘’The Guild stands for press freedom and freedom of expression and will always speak out against any attempt to muzzle the media.’’

The editors explained that the human right most closely related to the media was undoubtedly the right to freedom of opinion and expression.

It noted that freedom of expression, as upheld in the constitution and human rights instruments, covered the right to receive or impart information.

Describing the media as ‘’oxygen of democracy’’, the NGE reiterated its earlier position that the media was not an opponent of any government; but a professional institution charged with the constitutional obligation of monitoring the activities of the government and holding it accountable to the citizens.
Democracy News Desk Nigeria Press Vanguard