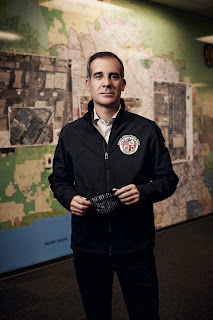 The city of Los Angeles offers a guaranteed income program to 3,200 participants chosen at random to receive $1,000 per month for 12 months. Los Angeles County has responded with two guaranteed programs of its own.

The county’s pilot guaranteed income program involves 1,000 participants who will receive $1,000 monthly payments for three years. The budget is $16.3 million, and the county will use federal COVID-19 relief money to pay for the program, according to Los Angeles County. The program began in August.


On Oct. 12, Los Angeles County Supervisor Hilda Solis said the county was starting a second guaranteed income program for 300 people between the ages of 18 and 24 who are already receiving employment services through the county. Those 300 randomly selected youth will receive $1,000 a month in guaranteed income for 36 months, according to a news release.

The program will cost the city almost $40 million.

The people targeted in the BIG:LEAP program must be 18 or older and living under the federal poverty line. They also must either be pregnant or have at least one child.


The initial data from this program was recently released in a report from the Mayors for Guaranteed Income, a group of mayors from around the nation promoting guaranteed income programs.

According to another report, 80% of the participants are female, and 20% are male.

Los Angeles Mayor Eric Garcetti, a member of Mayors for Guaranteed Income, said in a news release that the BIG:LEAP program “is a small but steady investment in a simple concept: When you provide resources to families that are struggling, it can give them the breathing room to realize goals that many of us are fortunate enough to take for granted.”

The trend toward guaranteed income programs goes far beyond Los Angeles, with Mayors for Guaranteed Income reporting that more than 44 cities have already implemented pilot programs.

The mayor’s office and the BIG:LEAP program did not respond to requests for comment.

Guaranteed income programs could work if they replace the network of other safety net social programs, according to some in academia. Antony Davies, an associate professor of economics at Duquesne University, previously told The Center Square that he was less enthusiastic about a guaranteed income approach to addressing poverty if it is just yet another government subsidy program. Davies said guaranteed income programs could be effective if they replace the bevy of other duplicative bureaucracies already in place in government social programs.
Los Angeles News Desk Southern California