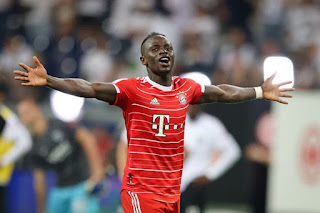 Senegal fans are relishing the possibility of the African champions surpassing the success of its 2002 World Cup team when they take to the field in Qatar for the 2022 FIFA World Cup, Ambassador of Senegal to Qatar H E Dr. Mohammed Habibo Diallo told The Peninsula.

The envoy said thousands of fans from Senegal and the diaspora are expected to be in Qatar to cheer on the West African giants who beat Egypt in the playoff to book a spot in the historic Finals which will run from November 20 to December 18.

In an exclusive interview, Dr. Diallo said,” I’m honoured as a Senegalese to be a part of this historic World Cup, which is being held in the Middle East for the first time. Like every Senegalese fan, I hope my national team will progress far into the tournament and perhaps even play in the semi-final and final. We are African champions, and it isn’t impossible considering our players.

“The Senegalese fans in Qatar and those coming from abroad for the World Cup, of which we expect at least 3,000, have been anticipating this event with great eagerness. They’ll be the ‘12th Lion’.”

The Teranga Lions are in Group A alongside hosts Qatar, Ecuador and The Netherlands.

With around 250 resident Senegalese in Qatar and the expected support from around the world, several activities are planned to entertain them, including veteran singer Youssou N’Dour.

“We are planning a host of cultural and touristic activities in the run-up to and during the World Cup with the support of the Supreme Committee to bring international Senegalese artists like Youssou N’Dour, Baaba Maal, Ismael Lo and others. There’ll also be various Senegalese segments, presentations, art exhibitions and famous Senegalese meals. We want to make a ‘little Senegal’ in Qatar to showcase African culture, heritage and beauty,” Dr. Diallo added.

Senegal will make their third appearance at the World Cup and have arguably the strongest team from Africa with the reigning African Footballer of the Year — Sadio Mane. Dr. Diallo stressed that the Bayern Munich forward has inspired the country and other young footballers with “his simplicity, patriotism and love for his country and hometown.”

Meanwhile, the ambassador praised Qatar’s preparations for the tournament. “I congratulate Qatar authorities for the facilities for the World Cup and for building the country to this height. This World Cup is a big challenge, especially for an Arab country, and so far, I have been impressed with the growth. Also, I congratulate Qataris and urge everyone to participate positively to make the tournament successful.”
SOURCE: THE PENINSULA
Ahia Mgbede Senegal World Cup