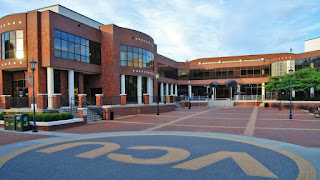 According to a press release by the FBI Wednesday, Texas, North Carolina and Virginia were among the states implicated in the fraud scheme.

This type of crime is known as “cyber-enabled financial fraud.”

The documents detail that VCU transferred nearly half a million dollars from their bank account to Bank of Hope for a group of Nigerian scammers posing as an employee of the real construction company Kjellstrom and Lee, with whom VCU had an ongoing contract.

The scammers made their first contact with the university in September of 2018, posing as an employee of the company and using an email address similar to the company name under the alias “Rachel Moore.”

The documents detail that Moore advised the procurement department that an employee that the bank on file with the construction company was being audited and asked if the next payment could be made to an overseas account.

After nearly three months of correspondence, the university initiated an ACH wire transfer for $469,819.49 from their bank account on December 20, 2018, to the Bank of Hope listed in the ACH setup provided by Moore.

But in January 2019, VCU was notified by its bank that the large wire transfer was fraudulent. The university also learned that the employee of the construction company didn’t exist.

In the days following that initial wire transfer, the scammers initiated multiple wire transfers through a method that leaves a tiny paper trail.

The scammers also skirted currency reporting requirements because many transfers were under $10,000.

According to the complaint, the majority of the nearly $500,000 transfer could not be recovered and was a loss for the university.

Egbinola and two other defendants were arrested in the UK in 2020 and extradited in September of last year. All three defendants filed appeals, which were all rejected last month by a UK high court.

NBC12 reached out to VCU for a statement, but at this time, the university says they are not ready to respond.
News Desk Nigeria United States