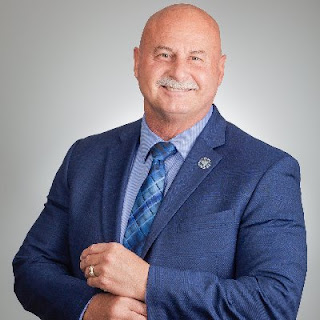 FRESNO, CA (FRESNO BEE) - The FBI has identified a suspect in Fresno’s wire fraud case and expects to interview the woman within 60 days, Fresno Mayor Jerry Dyer told The Bee on Thursday. Dyer said he spoke with an FBI agent earlier this week by phone and learned new details about the case. Three suspects who defrauded other government agencies around the country have been arrested. The FBI agent told Dyer the woman suspected of defrauding Fresno of more than $600,000 likely will be interviewed by agents out of a Philadelphia office once an indictment is unsealed. “She’s not in custody yet, but they know who she is,” Dyer said. FBI agents hope to learn what happened to Fresno’s money when they interview the suspect, he said.

The Bee broke the news in March that Fresno was defrauded through a falsified construction invoice in 2020 — nearly two years earlier. Then-Mayor Lee Brand’s administration decided not to disclose the fraud because the FBI was investigating. The Fresno City Attorney’s Office, in late 2021, denied The Bee’s public records request about the incident. Councilmember Miguel Arias in March confirmed the case to The Bee, and Dyer then shared additional details. The FBI believes a criminal operation linked to the West African countries of Nigeria and Liberia is using U.S. residents to defraud American government agencies, Dyer said. The three suspects who already were arrested are suspected of defrauding cities such as Miami, Charlotte, and possibly New York. The agent said New York City was defrauded of $18 million, and Boston lost $1.8 million. Missouri and a tribe in Washington also were targeted, Dyer said. At first, the suspects targeted government agencies for money under $1 million, like what happened in Fresno, Dyer said. But once CARES Act funding was distributed, the fraudsters began targeting agencies that received the money for much larger amounts, Dyer said. Dyer also learned more about how Fresno was defrauded. Originally, city officials believed the fraudster sent a look-alike construction invoice with a different bank account number to the city.

Now, city officials believe the suspect called a city employee posing as an employee from the construction company. The fraudster, over the phone, then referenced a real construction invoice received by the city. The fraudster told the city employee the construction company’s account had changed and provided the city employee with a new account number, Dyer said. “Somehow, some way, they knew we had received the invoice, who we had received the invoice from, and they knew who to call to get the account number changed,” Dyer said. He’s doubtful Fresno’s money will be recovered, but he’s not ruling it out.
California News Desk News Room