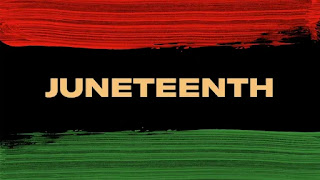 Garcetti said during a signing ceremony at City Hall that the commemoration was overdue and a small step toward undoing systemic racism in our country.

“We want every child to know what Juneteenth commemorates,” Garcetti said.

The holiday marks June 19, 1865, when Union soldiers brought the news of freedom to enslaved Black people in Galveston, Texas, two months after the Confederacy had surrendered. It was about 2 1/2 years after the Emancipation Proclamation freed slaves in Southern states.

The LA City Council voted unanimously in 2020 to start the process of making Juneteenth a Los Angeles holiday.

Councilmember Curren Price said at the time that he was moved to support the measure following nationwide demonstrations demanding racial equity and protesting the killings of Black Americans by police.

Price said Monday that the city's proclamation “offers a sense of vindication" for Black Angelenos.

“Juneteenth for the Black community serves as a brighter chapter. Our freedom day. Our true day of emancipation. This will now be a day of remembrance for our City,” Price said in a statement.