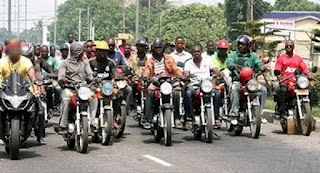 The Lagos State government has urged residents not to panic over the enforcement of the ban on commercial motorcycles, popularly known as okada, from Wednesday, June 1, 2022.

On May 18, 2022, after the killing and lynching of a sound engineer, Mr David Imoh, by some okada riders in the highbrow Lekki area of the state, Governor Babajide Sanwo-Olu, announced another ban on operations of commercial motorcycles in six local government areas of the metropolis.

“After a critical review of our restriction on okada activities in the first six Local Government Areas where we restricted them on February 1, 2020, we have seen that the menace has not abated.

“We are now directing a total ban on okada activities across the highways and bridges within these six Local Governments and their Local Council Development Areas, effective from June 1, 2022,” Mr Sanwo-Olu had said when he held a meeting with senior police officials in the state led by the Commissioner of Police for Lagos Command, Mr Abiodun Alabi.

On Tuesday, some security operatives embarked on a roadshow to prepare the minds of residents for the enforcement of the okada ban from today. The team said mobile courts would be available for the prosecution of both the riders and passengers who flout the traffic law.

The action created anxiety in some quarters and the Commissioner for Information and Strategy, Mr Gbenga Omotoso, in a statement allayed the fears of residents over the ban.

He advised “all law-abiding citizens to go about their businesses without any fear whatsoever as measures have been put in place to forestall any disturbance.”

“Lagosians and visitors are urged to co-operate with the law enforcement agencies in our collective interest,” he further said in the statement, stressing that the government will not change its decision on the ban as it would be “enforced without any compromise.”

“There is no need for any anxiety over the enforcement of the ban, which has been hailed by the majority of Lagosians as a reinforcement of the Lagos Traffic Law 2012 (amended in 2018),” he declared.
SOURCE: BUSINESS POST
Lagos News Desk Nigeria