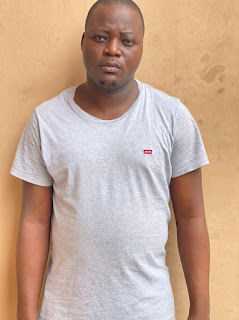 LEXINGTON, KY> (WTVQ) – A Nigerian national was brought from Nigeria to Lexington on Wednesday to face federal charges in a so-called ‘romance scam.’

Prosecutors say victims were convinced to send money to romantic partners who didn’t really exist or give them access to their financial accounts to initiate money transfers.

The indictment alleges that Gbadegesin hired others in the U.S. to receive funds from victims and to launder those funds, so the funds could be returned back to Gbadegesin in Nigeria. Those United States-based money launderers included Ineh Eqwem, Ajayi, and Ismaila Fafunmi.

Gbadgesin was arrested by Nigerian authorities on Sept. 22, 2021, in Lagos, Nigeria at the request of the United States. At the time of his arrest, Gbadgesein had been living in Lagos, Nigeria. Nigeria approved his extradition on March 21, 2021, and he was transferred into U.S. custody on April 26, 2022.

The investigation preceding the indictment was conducted by the FBI. The indictment was presented to the grand jury by Assistant U.S. Attorney Kate Dieruf. The U.S. Department of Justice’s Office of International Affairs, the Economic and Financial Crimes Commission of Nigeria, the Nigerian Attorney General’s Office, the Central Authority Unity, and the FBI Louisville Field Office assisted with the extradition of Gbadgesein.

Gbadegesin has his first appearance in Court on May 2, 2022 at 11:30 a.m. He faces up to 20 years in prison and a maximum fine of $500,000. However, any sentence following a conviction would be imposed by the Court, after its consideration of the U.S. Sentencing Guidelines and the federal sentencing statutes.

This case is being prosecuted as part of the Department of Justice’s efforts to identify and prosecute those persons who facilitate elder financial exploitation.

The Department of Justice’s Elder Justice Mission, being carried out through the Kentucky Elder Justice Task Force, is to seek justice for victims of elder financial exploitation.

Anyone that knows someone, who may be a victim of an elder financial exploitation, is encouraged to contact law enforcement.
News Desk Newsroom Nigeria