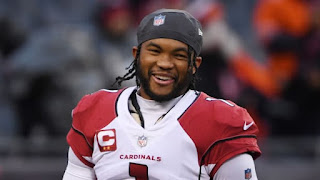 Haggai Chisom Ndubuisi
The Arizona Cardinals have added another player from the NFL’s International Pathway Program.

Ndubuisi (6-6, 298) is a Nigerian native who began his football career in 2017 when he was noticed by American coaches at a basketball all-star game in Lagos, Nigeria. The 21-year old Ndubuisi was selected as part of the NFL’s International Pathway Program in January prior to signing with the Cardinals. He played both soccer and basketball while growing up before joining the Uprise Academy, which is a football program in Nigeria run by former NFL star Osi Umenyiora and former NBA player Ejike Ugboaja.

Of course the Arizona Cardinals added Austria’s Bernhard Seikovits last year, so this is something they have been doing a bit more recently.