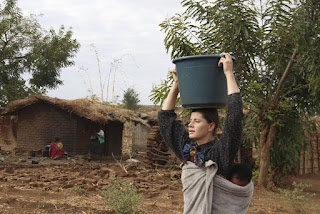 An initial group of new volunteers and those who were evacuated in March 2020 as the coronavirus began to spread across the globe will go to Zambia and the Dominican Republic this month, according to a Peace Corps statement.

The Peace Corps plans to return volunteers to their posts throughout the year, based on the number of COVID-19 cases and hospital capacity in the host country and the Peace Corps’ ability transport volunteers to medical evacuation centers if there’s an emergency. It is currently recruiting for 24 posts.

“Over the past two years, our primary goal has been to return volunteers to the more than 60 countries that are enthusiastically awaiting their return. And, we have weathered the waves and variants of the COVID-19 situation at each post and reengineered Peace Corps systems, policies, and procedures to align with today’s reality,” Peace Corps CEO Carol Spahn said.

Besides their primary work on local issues, volunteers will be be involved in COVID-19 response and recovery, the Peace Corps said.

In Zambia, volunteers will coordinate with local leaders and partner ministries to provide COVID-19 education and promote access to vaccinations for communities, officials said. In the Dominican Republic, the focus will on helping communities overcome issues exacerbated by the pandemic, such as increased school dropout rates, literary skills and preparing young adults for work.

“I was absolutely ecstatic. This has been a dream of mine ever since I finished high school,” said Campbell Martin, 23, of Sonoma, California, who applied last summer after graduating from UCLA and is scheduled begin serving in June as a primary teacher/trainer in Gambia. He still needs medical and legal clearance.

“I want a career in foreign service and I knew Peace Corps was a wonderful step, not only to serve as a global citizen but also Peace Corps — its mission, its intent — is something I very much believe in,” he said. “As COVID shut the world down, I knew, so too, would those opportunities shut down for me until things started to open back up. Now that things have, I am just over the moon about it.”

The Peace Corps marks its 61th anniversary this week. Two years ago, it had 7,000 volunteers in 62 countries, when they were evacuated and sent back to the United States.

Since those evacuations, the Peace Corps has used volunteers to help with the COVID-19 response domestically and developed a virtual service pilot program. Not before March 2020 had the organization founded by President John F. Kennedy needed to evacuate all its volunteers at the same time.

More than 240,000 Americans have served as Peace Corps volunteers in scores of countries since the program was created in 1961. The aim is to help the countries meet their development needs through a variety of programs — from education to health and agriculture programs — while helping promote a better understanding of Americans. Typical service lasts two years after a training period.
Africa News Desk The Associated Press United States