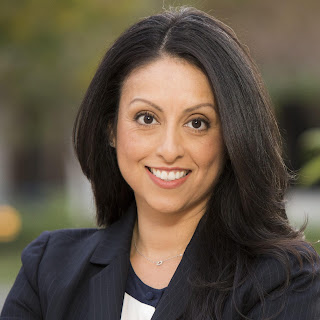 LOS ANGELES (HIP LATINA) - Latinas have been making history and Los Angeles is recognizing our power by recognizing March 11, 2022 as Latina History Day. Los Angeles by City Council President Nury Martinez is making the official proclamation which is even more significant considering she became the first Latina LA City Council president in 2020. The Latina History Day conference hosted by Hispanas Organized for Political Equality (HOPE) was the impetus for the creation of LHD in California with the organization securing California Congresswoman — then California State Assembly Member — Lucille Roybal-Allard’s support in declaring the second Friday in March as Latina History Day.

“Latina History Day is so important to our culture because Latinas aren’t always mentioned in history books, yet they have made history and continue to make history everyday. When I was a young girl, there weren’t many people who looked like me in positions of power,” Martinez tells HipLatina. “Latina History Day is a time for us to elevate the incredible Latinas of our past and present who are making history across the world. Latinas are powerful, strong women and I’m glad we’re recognizing their accomplishments and contributions.”

This year their 31st annual conference is happening on March 11 in Downtown Los Angeles and the theme is “Empower Your Inner Genius”. There will be keynotes from Encanto co-writer and co-director Charise Castro Smith and producer Yvett Merino, as well as Erika L. Sanchez, the author of I Am Not Your Perfect Mexican Daughter, and prominent Latino elected officials such as Los Angeles County Supervisor Hilda Solis. Latina power in Hollywood, publishing, and politics are part of why the day was developed and this year they’re celebrating major wins like Justice Patricia Guerrero being the first Latina nominated to serve on California’s Supreme Court.

“We hope everyone will join us in acknowledging the incredible breadth of economic, social and civic contributions Latinas have made to our country since its earliest history and continue to make every single day,” HOPE Chief Executive Officer Helen Iris Torres tells HipLatina.

The news comes after recent years saw the rise of National Latina Day being celebrated on August 20. While we’ve celebrated Hispanic/Latinx Heritage Month annually since 1968, it’s encouraging to see Latinas specifically being celebrated and our achievements being recognized.

“Latinas make history every single day by becoming the first in their families to go to college, by breaking glass ceilings that remain in every industry, and innovating and leading in ways that always center our communities,” Torres says.
Latin America Los Angeles News Desk Politics