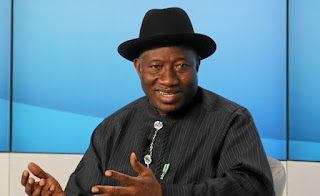 Goodluck Jonathan
Chidiogo Akunyili-Parr, the daughter of the late ex-Minister of Information and Communication, Dora Akunyili, said her mum foresaw that the administration of former President Goodluck Jonathan would fail after he announced candidates for his cabinet.

She quoted her mother to have described Jonathan’s ministerial appointees as the cabinet of mismatched candidates, with square pegs put in round roles.

This is contained in a biography of the former director general of the National Agency for Food and Drug Administration and Control titled, ‘I am because we are.’

In the 382-page book published by Safari Books Limited, Akunyili’s sojourn as the NAFDAC DG, minister and senatorial candidate of the All Progressives Grand Alliance was presented in the first person narration as though she told the story herself.

The author, Akunyili-Parr, stated that upon Jonathan’s election as President, her mother expected that she would be appointed as Minister of Health given her experience and remarkable success at NAFDAC but was asked to remain the Information and Communication minister.

She wrote, “I was not the only square peg in a round hole. The announcement of his cabinet of mismatched candidates and portfolios was one of the first signs of the woes that would cripple Goodluck Jonathan’s government.

“The very talent for which he was chosen to be vice president to (former President Umar) Yar’Adua was marring his presidency. Nigeria needed a decisive leader who was willing to rock the boat as needed. Instead, we got a quiet, slow-moving man with distaste for speed and a preference for neutrality to the point of inaction.”

The author recalled that Akunyili, frustrated by Jonathan’s decision and sensing an ominous failure of the administration, stepped down from her position.

“I cited my official reason as being ready to begin a new chapter of my life. Unofficially though, I wanted to have more authorship on the direction of my journey, free from the whims of a seated president,” she added.

The book also chronicled a series of attacks on Akunyili and NAFDAC offices due to the war she waged against drug and food counterfeiting.

One of such was in March 2004, months after an assassination attempt on the late ex-DG, when the Lagos operational headquarters of the agency, described as the key artery of NAFDAC’s activities, was burnt down.

She said, “Everything was destroyed including office equipment and sensitive files with data on registered products. Someone wanted to cripple the agency and erase all its records.

“On March 10, 2004, barely 72 hours later, the laboratory complex in Kaduna, which was critical for testing large quantities of medicine and food, was set ablaze and also razed to ashes.

“The entire building, laboratory equipment, chemicals and reagents, furniture and office equipment were destroyed by the fire. The destruction was valued at about N228m, a colossal loss to NAFDAC and a setback to our operations.”
Book Review Book Shelf Essay Goodluck Jonathan Nigeria