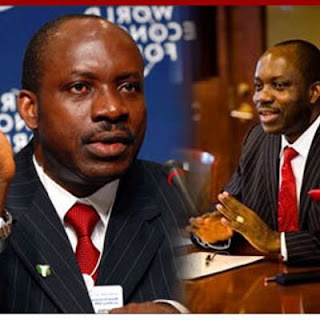 Chukwuma Charles Soludo
“Politics has become big business. Appointment or election into public office is seen largely as an opportunity to ‘eat’ rather than a call to selfless service,” Mr Soludo said.

ABUJA, NIGERIA (NAN) -- The Anambra State Governor-Elect, Chukwuma Soludo, has called for a new liberation movement in Africa and Nigeria as a country, that would promote the selfless service of political leaders.

Mr Soludo was speaking at the 2021 Pioneer Class Graduation Ceremony of the School of Politics, Policy and Governance (SPPG) in Abuja on Saturday with the theme: ” Emergence of the Unconventionals”.

He said that the liberation struggle for independent Africa was driven by a nationalist ideology anchored by a developmental state.

According to him, “there is almost a sense of nostalgia, recalling the mission and accomplishments of our founding fathers, especially as we contemplate the world without oil.

“Much of the existing social order is founded on competition for, and distribution of rents, oil and the easy money that came with it destroyed the social fabric and the elite created new institutions and political structures to maximise their gains.

“As the noose tightened globally on other rentier/criminal enterprises such as drug trafficking or internet scamming, many of the barons flocked into politics as the next easy alternative.

“Politics has become big business. Appointment or election into public office is seen largely as an opportunity to ‘eat’ rather than a call to selfless service,” he said.

Mr Soludo added that a classic feature of the political environment is that corruption has become part of the “culture”, with little incentive for honesty.

He said that honesty has been scorned as wickedness, foolishness or mere pretence, saying that those who dare to be different have a steep price to pay.

He, therefore, charged the graduands, as they launch out to be ready to show honesty and their knowledge to have a new Nigeria, to create the change that would lead to having a new Nigeria.

“Fixing politics requires talents and skills. But these won’t be enough. It won’t happen by lone wolves working in silos.

“Let’s be clear about one point: Nigeria does not lack well educated/skilled and widely-travelled stock of human capital to drive its development.

“A key missing link is purpose-driven cohesion and organisation for transformation of the homeland,” he added.

In her remark, Obiageli Ezekwesili, Founder of SPPG, lamented the way politics in Africa is being run, saying it had distorted the society.

Mrz Ezekwesili charged the graduands to embrace leadership skills that would transform the society. “Leaders take the pain so that others can enjoy.”

“The society must be contested for and you should pioneer the space for that leadership,” she said.

She said that the school would be replicated in six other African countries as a way of liberating Africa out of extractive colonialism.

Also, Alero Ayida-Otobo, Vice Chancellor of the school, challenged the graduands towards having an unquenchable thirst to raise standards while kicking injustice, religious intolerance and lawlessness out of the country.

Some of the graduands who spoke with the News Agency of Nigeria (NAN) on the sideline of the ceremony, said they are ready to be the change the country needs to translate to the country’s development.

Adedeji Ademefun, one of the graduands, said there is the need to have a new Nigeria that everyone, regardless of tribe and religion, would benefit from.

“The SPPG has built a new crop of leaders that are ready to take over the governance space and contribute to the developmental requisite of our country.

“My spur is to contribute my quota to ensure that whatever capacity we find ourselves within the governance space, we are able to make impact and really get the dividend of democracy to the people,” he said.

Talatu Zamani, Founder, Zamani Foundation, Kaduna, charged the new leaders built from the school to salvage the country and make it a safe place for everyone.
Abuja News Agency of Nigeria News Desk Nigeria Politics