They Were Paid N10m To Kill Me, But I Escaped — Imo Journalist 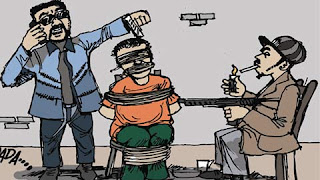