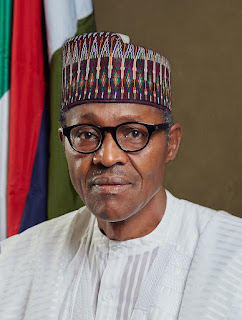 A chieftain of Peoples Democratic Party (PDP), Segun Sowunmi has said the position of President Muhammadu Buhari on the leader of Indigenous People of Biafra, IPOB, Nnamdi Kanu, as he espoused during his interview on television on Thursday showed that he has not gotten over the shock of civil war.

The President had in the interview said he will not interfere in the ongoing treason trial of the IPOB leader or accede to request to release him from detention.

But Sowunmi said the tone of the President Kanu and IPOB was certainly not re-conciliatory nor reflective of the need to heal and unite the country.

In the same vein, Sowunmi said the President’s opposition to establishment of state police was not well thought out.

The PDP Chieftain noted that with the increasing population of the country, the attendant security challenges will naturally demand a multilayered policing framework and therefore Buhari’s decline to sign state police is not progressive.

“It is clear that the needed level of reflections has not gone into the opposition to state police by Mr President, the truth of the matter is that the multifaceted security challenges we have all over the country makes it imperative for the Fact and all leaders of goodwill to rethink this state police issue.

“If President Buhari is unwilling, he will find out with time, that he can only delay it, for an idea whose time has come cannot be killed.

“The population of the country is increasing, the attendant security challenges will naturally demand a multilayered policing framework. To obstinately say no is certainly not progressive.”

“On the Igbo issues generally and the Nnamdi Kalu specifically, it is most unfortunate that it seems the president has not gotten over the civil war after all these years, the tone is certainly not re-conciliatory nor reflective of the need to heal and unite the country.

“No one is interested in a crisis nor is a nation that is not harmonious with itself the best legacy for the president’s generation to bequeath to Nigeria,” Sowunmi said.
Buhari News Desk Nigeria Nnamdi Kanu PM News