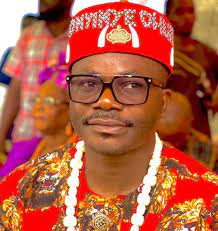 Ofoegbu who made the allegation in an interview with Vanguard in Umuahia, said that if given the opportunity to serve, he would quickly sponsor bills that would revive the economic blueprint and people-oriented policies of the late Premier.

He regretted that instead of towing the footsteps of the late Okpara who served selflessly and equitably distributed amenities across the states under the former Eastern region, the present political leaders mainly seek their personal interest.

” Michael Okpara had the opportunity to develop Ohuhu land but he did not. Instead, he scattered development across the entire Old Eastern region and neglected his own Community.”

Ofoegbu who is aspiring for Umuahia North State constituency seat currently occupied by the Deputy Chief Whip, Hon. Kelechi Onuzurike, said one of his first achievements in his first 100 days in office if elected, would be ” Ohuhu ring road”.

” I will revive Ulonna Farm settlement and Ohuhu Water scheme,” he added.

The philanthropist who said so many lives had been positively affected through his Onyinyechi Ohuhu Foundation, also promised to create 40 millionaires in his first year in office.

The American-based security expert said he would also leverage his international connection to attract more developments to the people.

” Passion for the speedy development of my land is driving me into politics. Civil Service will only give me food for me but politics will give me a platform to develop my land”, he declared.

Former Umuahia North Council boss, Sir Chidiebere Nwachukwu, said he was drumming support for Ofoegbu because he had used his foundation to affect many lives.

He said if he could accomplish so much outside power, he would do more when given the right platform.
Igbo Nigeria Sunday Vanguard