US House Shuffle Continues With California Districts In Play 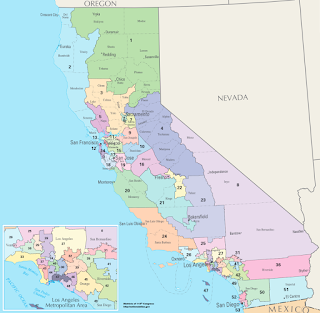 LOS ANGELES (AP) — The once-a-decade reshaping of California congressional districts set off another round of political maneuvering Wednesday, with House members jumping into newly drawn districts that will play into the fight for control of Congress in 2022.

Republican U.S. Rep. Michelle Steel announced she will run in an inland district anchored in Orange County, avoiding a potential showdown on her old political turf with Democratic Rep. Katie Porter, a national progressive star and powerhouse fundraiser. Porter announced plans Monday to switch districts after her hometown of Irvine was drawn into the new coastal seat, the 47th.

"Although the district lines have changed, my mission has not," Steel said in a statement. "Californians today are facing so many challenges, from high taxes to concerns over affordability, crime, and the quality of education our children receive."

Democrats are defending a fragile eight-seat House majority in a midterm election next year, when the party that controls the White House historically loses seats in Congress. President Joe Biden's approval ratings have been shaky, adding further anxiety for Democrats hoping to hold the House and Senate.

The revised boundaries were endorsed Monday by the California Citizens Redistricting Commission, which was tasked with drawing new districts to account for shifts in population, a requirement that happens once a decade. Each district must represent 760,000 people.

In other moves, Republican U.S. Rep. Young Kim said she would run in an inland district anchored in Orange County, the 40th. The district has a Republican tilt and was vacated by Porter, who jumped to the neighboring contest where the the number of Democratic and Republican voters is nearly equal.

Former Democratic U.S. Rep. Harley Rouda, who was ousted by Steel in 2020 and planned to run against her next year, said on Twitter that he would "evaluate all the options" after Porter entered the race, a statement that didn't preclude he might drop out.

"I firmly believe that I am the most electable Democrat in this district but I am also a realist whose goal has always been to put my constituents ... first," he wrote.

In the state's farm belt, Democratic U.S. Rep. Josh Harder announced he would run for reelection in the 13th District, which includes his hometown of Turlock. The district is firmly Democratic in registration, with a large Latino population.

California will lose a House seat next year, dropping to 52 from 53 seats, because the population in other states is growing faster. It will remain the largest House delegation.

California is one of the nation's most Democratic states, where the party holds every statewide office and dominates the Legislature and congressional delegation. In many cases the new district lines appear to favor Democrats. Republican registration has been withering in the state for years, and registered Democratic voters outnumber Republicans by nearly 2-to-1 statewide.

Still, there are a string of competitive districts that will factor in the fight for House control.

Rep. Mike Garcia, a Republican who saw his district north of Los Angeles stripped of the Republican-rich community of Simi Valley, said Monday that "the commission has shown they were not acting independently when they drew all the Democratic incumbents into safer seats while making five out of the 11 Republican districts more vulnerable."
AP California Democracy Los Angeles News Desk Politics