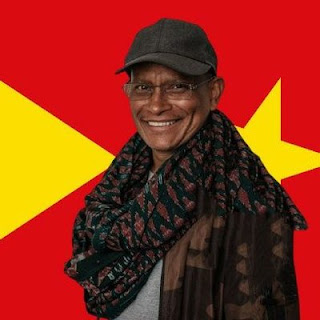 Debretsion Gebremichael
NAIROBI, KENYA (AP) —The leader of Tigray forces in Ethiopia says its fighters outside of the region have been ordered to withdraw and return to the embattled federal state.

Debretsion Gebremichael, in a letter to the U.N. Secretary-General Antonio Guterres, proposed an immediate cease-fire to be followed by negotiations.

Other proposals in the letter include the establishment of a no-fly zone for over Tigray to prevent hostile flights and the imposition of an international arms embargo on Ethiopia and Eritrea.

The order for the forces to return to Tigray came as the Ethiopian federal army and its allies have made strong advances in recent weeks. Major towns and cities in the neighboring Amhara and Afar regions have been recaptured by the Ethiopian forces, forcing the Tigray fighters to retreat further into their region.

Getachew Reda, spokesman for the Tigray region, confirmed on Monday the withdrawal was complete. “By doing so, we believe we have taken away whatever excuse the international community (may have used) to explain its feet-dragging when it comes to putting pressure on Aiby Ahmed,” he wrote on Twitter, referring to the Ethiopian prime minister.

The Ethiopian government has not yet commented on the latest move by Tigrayan forces.

Tens of thousands of people have been killed in a war that erupted in November 2020 between Ethiopian forces and fighters from the country’s Tigray region, who dominated the national government before Abiy became prime minister in 2018.

Some of Tigray’s 6 million people have begun starving to death under a months-long government blockade. Thousands of ethnic Tigrayans have been detained or forcibly expelled in an atmosphere stoked by virulent speeches against Tigrayans by some senior Ethiopian officials. Alarmed human rights groups have warned some of the anti-Tigrayan rhetoric is hate speech.

Last month, the Ethiopian government declared a state of emergency as Tigray fighters moved closer to the capital, Addis Ababa, and carried out a number of abuses against ethnic Amhara, according to accounts by local residents. The Tigray forces say they are fighting to lift the blockade on their people.

“The Tigray forces have suffered a number of challenges and setbacks in their attempt to control the Djibouti road and then move to Addis Ababa,” said William Davison, an analyst with the International Crisis Group. “It is very important at this point that all actors take the opportunity to stop the fighting and try to reestablish some trust.”

Davison said the Ethiopian government’s military strength may have been strengthened by aerial drones newly purchased for the federal military from China and Turkey with the assistance of the United Arab Emirates. “Tigray forces appear to be in a weakened position after giving up all the areas they controlled,” he said.
African Union Associated Press Ethiopia News Desk Tigray Region