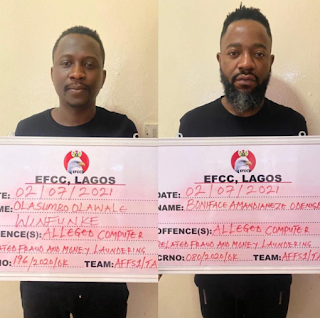 CASTRIES, ST. LUCIA  (ST. LUCIAN NEWS)--An interesting item appeared in the December 14, 2021, issue of The Saint Lucia Gazette that has again highlighted questions about the sufficiency of the due diligence process undertaken by those in charge at the Citizenship by Investment Program (CIP) under the previous Allen Chastanet administration.

The said document revealed that the Minister responsible for the CIP, Dr. Ernest Hilaire, “in exercise of the power conferred under Sections 38(1) and 39 of the Citizenship by Investment Act, Cap. 1.20” had issued a “Citation” and a “Revocation Order” regarding the Saint Lucian Citizenship granted to one Boniface Amandianeze Odenigbo.

Saint Lucia News Online (SNO) discovered that the Nigerian, Odenigbo, had been arrested and charged in Nigeria for “fraud and money laundering,” something the last administration had failed to uncover.

As far back as July 5, 2021 – when the then United Workers Party (UWP) and the then administration were too busy preparing for the snap July 26 General Elections – a Nigerian news agency PM News, had published an item headlined: EFCC arrests Lagos nightclub owners for fraud.

According to the story by reporter Nimot Sulaimon,

“operatives of the Lagos Zonal Office of the Economic and Financial Crimes Commission, EFCC, had arrested two suspects for alleged internet fraud and money laundering.

The suspects, Boniface Odenigbo Amandianeze and Olasunmbo Olawale Winfunke, owners of Buzz Bar, a nightclub located on Adetokunbo Ademola Street, Victoria Island, Lagos, were arrested recently at No 2A and 2B Oniru Estate, Lagos.

Upon their arrest, four exotic cars, mobile devices, laptop computers, jewelry and wristwatches worth hundreds of millions were recovered from them.

Further investigations had also established a nexus with other associates, suspected to be into computer-related fraud. They will soon be charged...”

The Revocation Order came four months after the above news items had been published, and 21 days after Saint Lucians had been to the polls on July 26.
Africa News Desk Nigeria