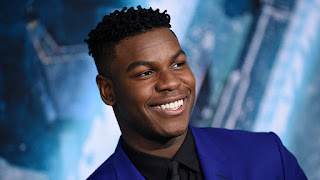 The streamer has signed a multiyear pact with the ‘Star Wars’ actor’s UpperRoom Productions, which has a focus on West and East Africa.

Netflix has teamed with Star Wars alumnus John Boyega as it eyes Africa as its next major source of content.

The streamer, which debuted its first African Original Queen Sono last month, has signed a development deal with Boyega’s U.K.-based UpperRoom Productions, with a specific focus on non-English language films from West and East Africa. Three features are included in the multiyear deal, The Hollywood Reporter understands, two from Nigeria and one from Egypt, with UpperRoom developing projects based on African IP such as literary properties, Nollywood classics, screenplays and mythology.

The arrangement heralds a move away from Netflix’s traditional first-look deals, with the company instead transferring to more bespoke development partnerships with talent and production banners. It also marks the first set of productions from UpperRoom since Boyega founded the company in 2016 to facilitate his debut production role on Pacific: Uprising, in which he starred, and helps define its focus as a producer of content from West Africa, reflecting Boyega’s own Nigerian heritage, and East Africa, reflecting the Sudanese heritage of UpperRoom’s vp productions, Yara Shaikh.

"I am thrilled to partner with Netflix to develop a slate of non-English language feature films focused on African stories and my team and I are excited to develop original material. We are proud to grow this arm of our business with a company that shares our vision," said Boyega.

"Africa has a rich history in storytelling and for Netflix, this partnership with John and UpperRoom presents an opportunity to further our investment in the continent while bringing unique African stories to our members both in Africa and around the world," said David Kosse, Netflix’s vp international film.

Since Pacific: Uprising, UpperRoom has been developing a slate of projects across film and TV, including some unscripted content, with the day-to-day operations overseen by Shaikh. Last year, it came on board as exec producer for the South African crime-thriller God Is Good, from writer-director Willem Grobler and being produced by former Sony International producer Josephine Rose through her new banner, Bandit Country.

Alongside Queen Sono, Netflix recently signaled its intent to increase investment in Africa’s creative community with the production of its first original scripted series from Nigeria, the yet to be titled Akin Omotoso Project, as well as other African Originals — Blood & Water and Mama K’s Team 4 — that will premiere later this year.