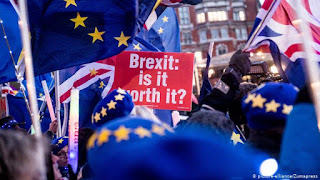 
In 2002, a British journalist spent several days being driven around northern Uganda in the back of a Mercedes 4x4.

“This is still a country where too many people squat on their haunches,” he wrote, “slowly waving their hands to move the flies from their faces.”

The jackfruit was “disgusting”; the children “Aids-ridden”; the living conditions straight from the “Stone Age”. Of course, colonialism had nothing to do with it. “The problem is not that we were once in charge,” the intrepid correspondent explained, “but that we are not in charge anymore.”

Nobody would remember this racist drivel, were it not for the identity of its author: Boris Johnson, the tousle-haired adulterer and champion of Brexit who has been, since July, the prime minister of the United Kingdom.

In January he backslapped and chortled with President Museveni and other African leaders at a UK-Africa Investment Summit in London. It seems that Johnson’s colonial fantasies went unmentioned; no doubt it would have killed the mood.

But Johnson’s back catalogue raises questions about the strange relationship Britain has with its empire. A survey in 2016 found that 43 per cent of British people thought that the Empire – the violent conquest, don’t forget, of a quarter of the globe – was on balance a good thing, and just 19 per cent thought it bad. And that was before the convulsion of Brexit, with its galvanizing effect on British racists, and Johnson’s thumping victory in last December’s election.

A whiff of imperial nostalgia hangs over the Brexit project. Donald Tusk, one of the European Union’s top officials during Brexit negotiations, heard “a longing for Empire” in the voices of British politicians. One MP from Johnson’s right-wing Conservative Party, talking to a Guardian reporter, described the Eurosceptic contingent as “grammar-school imperialists” who would once have been “able to vent their rather bizarre beliefs bullying people in a nether-province of India”.

Several of the architects of Brexit also have personal ties to Africa. The millionaire who bankrolled the campaign to leave the EU owns diamond mines in South Africa, where he spent school holidays as a child. The first person ever elected to parliament for the United Kingdom Independence Party, a small but influential anti-EU group, spent most of his childhood in post-colonial Uganda.