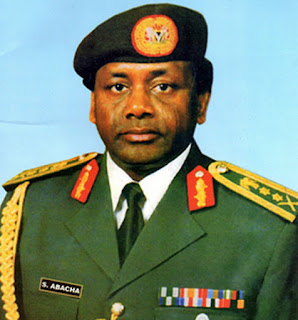 LAGOS (REUTERS) — The United States and the British dependency of Jersey have agreed with Nigeria to repatriate more than $300 million in funds stolen by former military ruler General Sani Abacha, the three governments said.

Abacha ruled Nigeria, Africa's biggest oil producer, from 1993 until his death in 1998. Corruption watchdog Transparency International estimates he stole as much as $5 billion of public money during that time.

He was never charged with corruption during his life and Nigeria has been fighting for years to recover the money.

Companies linked to the Abacha family have gone to court to prevent repatriation, alleging infringement of their rights to a fair trial.

The governments of Nigeria, Jersey and the United States said in a statement they had entered into an asset recovery agreement to repatriate forfeited assets to Nigeria.

The Nigerian government pegged the total amount at $321 million.

The funds were laundered through the U.S. banking system and then held in bank accounts in Jersey in the name of Doraville Properties Corporation, a British Virgin Islands company, and in the name of the son of the ex-military ruler, they said.

"This agreement has culminated in a major victory for Nigeria and other African countries as it recognizes that crime does not pay and that it is important for the international community to seek for ways to support sustainable development through the recovery and repatriation of stolen assets," Nigerian Attorney General Abubakar Malami said.

Nigeria has been working with governments around the world in recent years on an asset recovery scheme to help repatriate its stolen funds to boost its finances.

The government did not state how much in total it believes Abacha stole. As at 2013, Nigeria had recovered about $1.3 billion of Abacha's money from various European jurisdictions, with more than a third of that from Switzerland.

The Swiss government in 2017 said it would return to Nigeria about $321 million in assets seized from Abacha's family via a deal signed with the World Bank.

Abacha's laundering operation extended to the United States and European jurisdictions such as Britain, France, Germany, Switzerland, Lichtenstein and Luxembourg, the statement said.

His family, which has never admitted nor denied that funds were stolen, could not be reached for comment and their present whereabouts were not known.

In a separate news release, the U.S. Department of Justice said it is seeking to enforce forfeiture judgments for approximately $30 million in assets located in Britain and more than $144 million in France.

In 2014 a U.S. court forfeited the money as property involved in the illicit laundering of the proceeds of corruption arising in Nigeria during the five years when Abacha was head of state. Negotiations for repatriation commenced in 2018.

The funds would be administered by Nigeria's sovereign wealth fund and would be used to develop road infrastructure, that will boost supply chain connections and economic growth, Malami said.