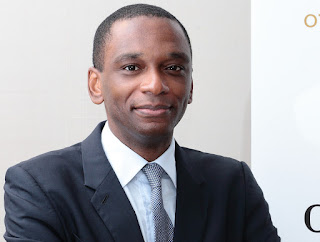 The son of former Angolan President Jose Eduardo dos Santos appeared in court on Monday, at the start of his trial on corruption charges.

It is the first time a member of the dos Santos family appears in dock since President Joao Lourenco came to power in 2017, part of a wave of change that has followed his arrival.

Jose Filomeno dos Santos, 41, also known as “Zenu” is accused of having tried to steal $1.5 billion (1.3 billion euros) from Angola’s sovereign wealth fund during the time that he ran it.

He appeared before the Supreme Court along with three codefendants, who also face charges of money laundering and embezzlement — one of the former central bank governor Valter Filipe da Silva.

Zenu was appointed the head of the $5 billion funds in 2013, 34 years into his father’s reign.

In January 2018, only months after Lourenco came to power, Zenu was fired from his position. He was arrested in September that year and held in custody for seven months before being released on bail.

Lourenco has launched a large-scale purge of the dos Santos administration, during which key sectors of the economy were awarded to the former president’s close allies and relatives.

Zenu’s half-sister Isabel dos Santos was ousted from her position as chair of the state oil giant Sonangol even sooner, in November 2017.

Cited as the richest woman in Africa, she is also being investigated for embezzlement.

She has since quit Angola for Britain, from where she has denounced Lourenco, saying she has been censored in the Angolan press and alleging that she quit the country because she had received death threats.

Lourenco is struggling to wean Angola’s economy off of oil, which accounts for one-third of the former Portuguese colony’s GDP and more than 90 percent of exports.

The country is still recovering from a 27-year civil war, which ended in 2002, and the global fall in oil prices in 2014.

Despite extensive oil, gas and mineral reserves, the majority of Angolans live in poverty and continue to rely on subsistence agriculture.