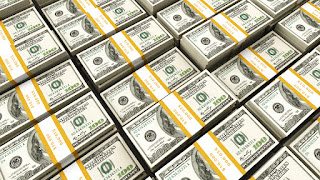 
A Financial analyst and the chairman board of trustees of Chartered institute of Development and Social Studies, Mr Shae Bebeyi has called on the federal government to shelve the idea of borrowing the proposed $22.7 billion saying it will at the long run create more hardships for Nigerians.

Bebeyi while speaking with newsmen in Lokoja on Thursday questioned the rationale of borrowing before we could service the 2020 budget saying rather than heal the economy the debt will cause the economy to bleed in the nearest future thereby causing more pains for Nigerians.

According to him, the Federal government should look inward in servicing the budget instead of going cap in hand to seek for foreign loans even as he said there has not been enough transparency and patriotism in the previous loans obtained for the country.

” I think what the federal government should do now is to block all leakages in all the ministries, parastatals and agencies, reduce it’s expenditure and cut down to the barest minimum the salaries and allowances of political office holders, the way we run our democracy is too expensive, the cost must be reduced drastically” he added.

While giving kudos to the federal government for the temporary closure of our land borders, Bebeyi said it was the best thing to do for now as “it will grow our micro-economy and will enhance a national rebirth that is capable of giving some kind of relief and succour to the common man”

The Social commentator also condemned in strong term the recent invasion of a high court in Abuja by men of the Department of State Service where they attempted to arrest the convener of the revolution now, Mr Omoyele Sowore and said it was an affront on democracy which must not be tolerated.

According to Bebeyi, that unfortunate act by the DSS has further damaged the image of Nigeria before the international community as a country which has no respect for the rule of law.

The analyst frowned at the posture of the President Muhammad Buhari administration who he said preaches one thing and does the opposite of what it has preached wondering how can a government who claims to be fighting corruption allows its judiciary to be messed up by another agency of the same government.

While saying that the act was antithetical to democracy which must be condemned, Bebeyi stressed that these are things that could turn away potential investors from the country and urged President Buhari to do more to strengthen democracy rather than cordoning illegalities.