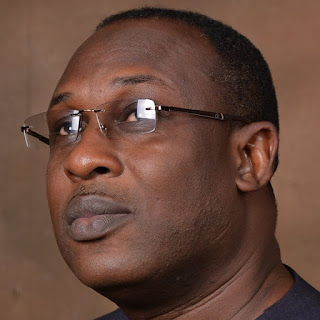 Nigeria has set a bad example following the closure of its borders, Kofi Bentil, Vice President of Imani Ghana and private legal practitioner, has said.

According to him, the oil-producing West African nation is rather expected to lead the way to greater prosperity in Africa, especially after the Africa Free Trade Zone has been declared and not border closure.

In a Facebook post, Mr Bentil said: “Dear Nigeria, It is so sad to see you act this way. We expected that as our big brother you will lead the way to greater prosperity in Africa, especially after the Africa Free Trade Zone has been declared. You have rather turned things back, we hope you change soon, whether you do or not, the world will move forward!!! Your recent border closures show that we Africans have learnt nothing from world history!!

“Trade has never made any nation weaker! indeed the opposite is true! The greatest trading nations are the greatest and most powerful nations on earth, those who shut themselves in are the weakest and most miserable!! Decades of Communism and socialism taught us that!! but you haven’t learnt!!

“People like to say China shut its borders to speed their development, thats entirely untrue, they tried and failed spectacularly….! China embarked on a program to isolate itself from the world hoping to become self-reliant and great.

“By closing their border for those years, they ended in starvation and over 35 million people died and China became extremely poor and weak! THEN and only THEN the leaders (seeing they failed) decided to liberalize their economy starting with the pilot Free Trade Zones in Shenzhen and other places.

“In a short while those liberalized areas became extremely prosperous and lives improved greatly, at which point there was no turning back, leading to the easing of restrictions across all of China, which in turn has seen China become a world power!! History has shown through many examples that protectionism only leads to misery!!!”
ECOWAS Ghana Newsroom Nigeria