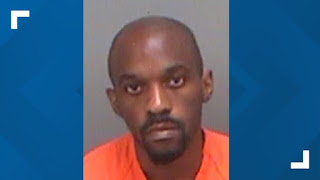 The U.S. Attorney's Office said the scams took several forms. Conspirators posed as suitors on dating websites, where they befriended the widowed or divorced elderly women.

Amadi convinced the victims to wire money, often consisting of the victim's entire retirement savings and cash, taken out from home equity.

Victims were instructed to wire their money into numerous funnel accounts held by conspirators in the United States, known as "money mules." The funds were then moved to other accounts all around the world, usually before victims would even notice they were scammed. From 2012 to 2015, Amadi was accountable for at least $16.4 million in funds stolen.

Amadi himself recruited more than a dozen individuals in the United States to act as money mules for him and oversaw their activities. He then instructed those individuals to wire most of the victims' funds overseas, including to Hong Kong, China, Canada and Nigeria, to promote the conspiracy and to conceal the source of the funds."

The court also entered an order of forfeiture against Amadi for over $10 million, representing the proceeds of the charged criminal conduct, and ordered him to pay restitution to his victims in the amount of $4,360,740.97.
News Desk Society United States