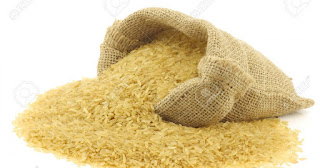 ABUJA (THIS DAY LIVE) -- A Pan-Africa non-governmental organisation (NGO), Feed Africa Advocacy Network (FAAN) has declared that the recent border closure by the federal government which has triggered an astronomical increase in the prices of some food has exposed the reality that Nigeria is far from meeting domestic needs.

The closure has led to a sharp increase in the prices of some major foods, including rice, questioning official claim that the country is self-sufficient in rice production.

At a briefing in Abuja, the Executive Director FAAN, Chika Okeke said the border closure with the attendant spike in the price of rice and other food items was indicative that local production of such foods is not enough to satisfy domestic demand.

Acccording to him, the border closure is a blessing in disguise as it has now exposed the gap in local production, advising the goverment and farmers to cash in on this and focus on boosting domestic production with a view to discouraging smuggling and dependence on foreign foods.

He lamented that the allocation of N83 billion to the agriculture sector in the 2020 budget proposal was abysmal and needed to be revisited.

Okeke canvassed a supplementary budget to meet some of the critical needs required to stimulate the growth of the sector, regretting that the 2020 budgetary allocation for the sector is not in tandem with government’s pronouncements about taking agriculture seriously.

“There is a need for a supplementary allocation for agriculture if we must walk the talk of diversification of the economy.The federal government needs to revisit the allocation to the sector.

“So, we need to do more as a country. Africa cannot feed itself if Nigeria is not food sufficient. So for as long as Nigeria continues to sneeze–as far as budget is concerned, Africa will catch cold, ” he said.

Okeke said it was disturbing that at a time when other countries are tapping into new opportunities in the agricultural sector by allocating huge budgets, Nigeria’s budget is on the decline.

“For Africa to feed itself, Nigeria first needs to be self sufficient. We need investment to stimulate key sectors of the economy as far as agricultural value chain is concerned,” he said.

On border closure, Okeke commended the federal government for taking such a bold step, advising President Muhammadu Buhari not to pander to pressure to reverse the action.
Abuja Newsroom Nigeria This Day