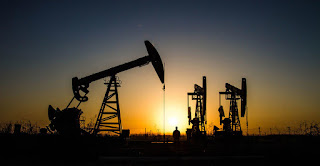 Iraq and Nigeria—the two rogue members of OPEC that haven’t been complying with their share of the production cuts in recent months—pledged on Thursday to fall within their respective caps while the cartel and its allies are trying to rebalance the oil market.

Iraq, the second-biggest producer in OPEC behind Saudi Arabia, has said that it would cut its current production by 175,000 bpd by October, Reuters reported on Thursday after a monitoring panel of OPEC and its allies met in Abu Dhabi.

OPEC’s second-largest producer that has always had issues with keeping within its cap, lifted its oil production by 43,000 bpd to 4.779 million bpd in August—well above its 4.512-million-bpd quota.

Nigeria, for its part, has promised to reduce its oil production by 57,000 bpd.

In August, Nigeria pumped 1.866 million bpd, up by 86,000 bpd from July, according to OPEC’s secondary sources that the cartel uses to calculate official production and compliance rates. Nigeria’s cap as part of the deal is 1.685 million bpd.

Improved compliance could translate into a total cut of more than 400,000 bpd, two sources from the OPEC+ alliance told Reuters.

Due to the U.S. sanctions, Iran and Venezuela—exempt from the cuts— have been inadvertently helping OPEC with the reduction of production, but rogue members such as Iraq and Nigeria have been derailing the cartel’s efforts to secure full compliance from all.

The Joint Ministerial Monitoring Committee (JMMC) of the OPEC and non-OPEC countries that are part of the deal confirmed in a statement that non-compliant members promised to stick to their quotas in the future.

“All participating countries present, particularly those who are yet to reach full conformity with their adjustments, were unequivocal in providing steadfast assurances of their determination to achieve at least 100% conformity for the remainder of the year,” OPEC said.

Saudi Arabia will continue to over comply with its share of the cuts and will pump just below 10 million bpd, its new minister, Prince Abdulaziz bin Salman, said.