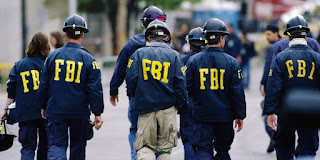 LOS ANGELES (ABC 7) -- After search warrants were executed at multiple locations across L.A. County on Thursday morning, federal prosecutors announced a 252-count indictment that accuses 80 people in the U.S. and Nigeria of participating in a "massive conspiracy to steal millions of dollars through a variety of fraud schemes."

The defendants allegedly laundered the funds through a Los Angeles-based money laundering network. Eleven of them were arrested Thursday in Southern California, while three others were taken into custody elsewhere in the U.S., according to the U.S. Attorney's Office for the Central District of California.

Two were already in federal custody on other charges, and one was arrested earlier this week. The remaining defendants are believed to be abroad, most of them in Nigeria, authorities said.

According to the indictment, the accused used business email compromise frauds, romance scams and schemes targeting the elderly to defraud victims out of millions of dollars.

The co-conspirators allegedly contacted Valentine Iro, 31, of Carson, and Chukwudi Christogunus Igbokwe, 38, of Gardena, both Nigerian citizens, for bank and money-service accounts that could receive funds fraudulently obtained from victims.

"These victims are used primarily as money mules, by allowing their bank accounts to be used to transfer stolen funds," said FBI Assistant Director in Charge Paul Delacourt.

The criminal complaint says Iro and Igbokwe, who were among the suspects arrested Thursday, conducted schemes that resulted in the transfer of at least $6 million in fraudulently obtained funds.

"The overall conspiracy was responsible for the attempted theft of at least $40 million," the U.S. Attorney's Office said in a statement.
Los Angeles Newsroom Society