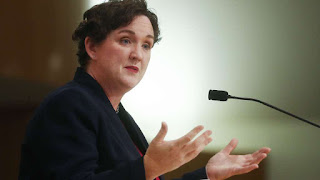 SANTA ANA (CBSLA) – In what could be a sign of a major demographic shift in the region, Orange County now has slightly more registered Democrats than Republicans, according to new numbers released Wednesday.

O.C. has 547,458 registered Democrats, compared to 547,369 registered Republicans in data provided by the O.C. Registrar of Voters, a margin of 89 voters.

A whopping 440,711 voters had no political affiliation, making up about 27 percent of the electorate. While 43,884 voters registered with the American Independent Party.

“We have more immigrants, it’s much more ethnically, racially-diverse, and we do have more college-educated voters,” Sarah A. Hill, associate professor of political science at Cal State Fullerton, told CBS2 Wednesday. “And all of those demographic groups are going to trend Democratic.”

Hillary Clinton won the county by eight points in the 2016 election, the first time a Democratic presidential candidate had won the district since Franklin D. Roosevelt did it 1936, according to the L.A. Times.
Democracy Electoral Mess Los Angeles Los Angeles Times Newsroom