Lawyer: Mauritanian Blogger Once Sentenced To Death Is Freed 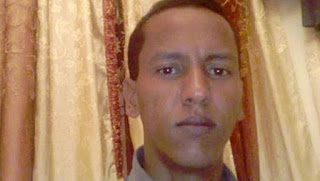 NOUAKCHOTT, MAURITANIA (AP) — A Mauritanian blogger who had been sentenced to death for comments deemed as blasphemous by authorities has been freed after five years in detention, his lawyer said Tuesday. The release comes two days before the inauguration of the country’s new president.

Mohamed ould Moine said blogger Mohamed ould Cheikh ould Mkhaitir was being accompanied by officials to a destination outside the country, likely for his security. The lawyer said he did not have details about the final destination and that the government had arranged the voyage “under a total blackout.”

Mkhaitir was arrested in 2014 and charged with apostasy over a Facebook post that condemned the use of religion to justify discrimination against his caste. It was the first death sentence handed down for apostasy in Mauritania since the African nation’s independence in 1960.

An appeals court in 2017 changed that sentence to a fine and to two years in prison after the supreme court said it accepted his repentance, despite calls for his execution by thousands of demonstrators. While the blogger had already served the time, he was held in detention until now.

Mauritania, a West African desert nation and moderate Islamic republic, was the last country in the world to abolish slavery in 1981 but did not criminalize it until 2007. While human rights group allege that tens of thousands of people still live in slavery, the government denies it is widespread.

President-elect Mohamed Ould Ghazouani, recently elected to a five-year term, will be inaugurated on Thursday. The retired general served as defense minister before becoming the chosen successor to Mauritania’s retiring president Mohamed Ould Abdel Aziz, who was barred from seeking a third term under Mauritania’s constitution.

“By freeing Mkhaitir three days before stepping down as president, Mohamed Ould Abdel Aziz has addressed one of the most heinous injustices of his 10-year tenure,” Lama Fakih, acting Middle East and North Africa director at Human Rights Watch, said in a statement. The rights group said family members and United Nations rapporteurs had noted the blogger’s “deteriorating health while in detention.”

This is Mauritania’s first peaceful transfer of power since its independence from France in 1960. The country has suffered five coups and has been led by military rulers for much of that time.