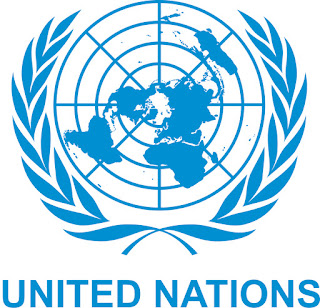 LAGOS (NEWS AGENCY OF NIGERIA) -- Mrs Patience Ekeoba, the National Programme Officer of United Nations Women in Nigeria on Friday expressed concern over the increasing incidences of rape of infants, girls and old women in Nigeria.

Ekeoba made the disclosure to the News Agency of Nigeria in Lagos on the sidelines of the EU-UN “Spotlight Initiative” to end all forms of violence against women and girls.

“Violence against women is high today. One in three women will be abused in their lifetime.

“On a daily basis, a lot of women and girls are being abused. There is harassment of women in workplaces, and schools are no longer safe for girls.

“There are increasing reports of infants, young girls, and women being raped or sexually abused. We are increasingly seeing different
dimensions to rape and abuses today,’’ she said.

Ekeoba said that the Spotlight Initiative was being supported by the EU and UN System, adding that about 250 million euros that had been released was for Africa for the initiative.

The UN Women Representative said that Nigeria had also requested some fund for implementing the initiative, which would run from this year to 2022.

Ekeoba said that Spotlight Initiative, composed of UN Women, UNICEF, UNFPA, UNESCO and UNDP, was meant to bring to attention to the issue of gender-based violence against women and girls.

“The Spotlight as the name implies is aimed at putting attention on issues of gender-based violence against women and girls.

“We have taken a holistic approach to programming to ensure that issues of laws are addressed. We want laws that will match
international standards.

“We want strong institutions that should be responding to gender-based violence. We are also looking at issues of prevention.

“We want to see how best to change people’s negative perceptions. We want to also make sure that we have relevant data to programme with,’’ she said.

Ekeoba said that the Spotlight Initiative Inception Workshop, which had been held in Sokoto and Cross River States before Lagos
State would hold on Monday next week in Adamawa State.