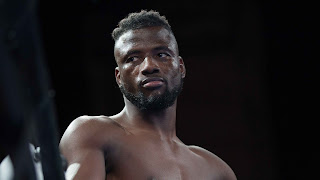 The 10-round heavyweight attraction will feature two 2016 Olympians putting their unbeaten records on the line as they look to make a statement in the red-hot division. FOX PBC Fight Night begins at 7 p.m. ET/4 p.m. PT and is headlined by undefeated IBF Super Middleweight World Champion Caleb "Sweethands" Plant making the first defense of his title against unbeaten contender Mike Lee.

Tickets for the event, which is presented by TGB Promotions and Sweethands Promotions, are on sale now and can be purchased online through AXS.com, charge by phone at 866-740-7711 or in person at any MGM Resorts International box office. The Ajagba vs. Demirezen match is being promoted in association with Ringstar Sports.

"Saturday, July 20th is the biggest night of boxing I can remember," said Richard Schaefer, Chairman and CEO of Ringstar Sports. "The entire card top to bottom is toe-to-toe action with evenly matched fights featuring the most entertaining fighters in the world displaying their talent. I am sure several of the fights that night will be immediate Fight of the Year candidates. It is only fitting that the most talked about young heavyweight, Efe Ajagba, will be part of this Boxing-Extravaganza. Efe is simply put the definition of must-see TV. His opponent, Ali Demirezen, is undefeated in 11 fights with 10 of them by knockout. It will be two undefeated big punchers putting it all on the line, that is PBC boxing at its best!"

Ughelli, Nigeria's Ajagba (10-0, 9 KOs) gained notoriety last August 24 when his opponent, Curtis Harper, walked out of the ring after touching gloves to start the first round. The 24-year-old won the fight without throwing a punch as Harper was disqualified live on FS1. Ajagba, who lives in Stafford, Texas and trains with Ronnie Shields, has steadily increased his competition in his two fights this year, stopping Amir Mansour on FOX in March in two rounds, before disposing of Michael Wallisch in April in two rounds as well.

"My goal is clear: I want to be heavyweight champion of the world," said Ajagba. "To get there I must continue to take on anyone and for the third time in my career it is another undefeated heavyweight. As they say 'somebody's o must go,' and it won't be mine. There's no better platform for this performance than on the biggest boxing night of the year. The stage is set...don't blink!"

Unbeaten since turning pro after the 2016 Olympics, Demirezen (11-0, 10 KOs) has fought out of Hamburg, Germany in the professional ranks and will make his U.S. debut on July 20. The 29-year-old most recently defended his European heavyweight title against Adnan Redzovic in April, winning by disqualification and matching Ajagba with a perfect knockout rate minus one DQ.

"I'm very happy to make my U.S. debut versus a really good fighter like Efe Ajagba,'' said Demirezen. "I'm very focused on that fight and being in the best shape ever to make a statement. I plan to have a great performance in Las Vegas because I know the U.S. boxing fans like real fighters. I'm sure they will love me after the fight.''

For a complete look at Ajagba vs Demirezen, check out our Fight Night page.