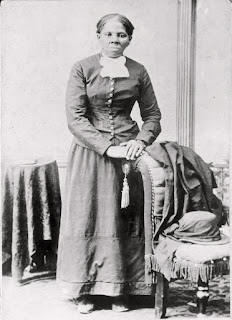 This 1860-75 photo made available by the Library of Congress shows Harriet Tubman. Treasury Secretary Steven Mnuchin is calling "completely erroneous" a report published Friday, June 14, 2019, that an initial 2020 deadline for completing the design of a $20 bill featuring Harriett Tubman could have been met. (Harvey B. Lindsley/Library of Congress via AP)

WASHINGTON (AP) — Treasury Secretary Steven Mnuchin on Friday called “completely erroneous” a published report that an initial 2020 deadline for completing the design of a $20 bill featuring Harriett Tubman could have been met.

Mnuchin told a congressional committee last month that the redesign of the $20 bill featuring Tubman, a 19th century abolitionist leader, had to be delayed.

The newspaper said the design process was far enough along that the Trump administration likely could have met the original 2020 deadline.

Mnuchin and officials at the department’s Bureau of Engraving and Printing rejected this assertion.

“As secretary, my first responsibility is to ensure all security and anti-counterfeiting measures are properly taken in accordance with BEP’s mandates,” Mnuchin said in a statement. “The suggestion that this process is being stalled is completely erroneous.”

Bureau of Engraving and Printing Director Len Olijar said that the government had not “scrapped” any earlier design and that all options remained on the table.

He said the design published by the newspaper was not a new $20 note because it lacked the new security features that the government plans to include.

“There is nothing about that illustration that even begins to meet technical requirements for the next family of notes,” Olijar said in his statement.

He said the redesigned $20 bill will now not come out until 2028, with decisions on the final design including who will be featured on the bill not being announced until 2026.

Two Democrat senators said they were not satisfied with the explanations being given by the Trump administration. During the 2016 campaign, Trump criticized the Obama administration’s decision to put Tubman on the $20, calling it an act of “pure political correctness” and saying he wanted to see the nation’s seventh president, Andrew Jackson, a Trump hero, remain on the $20.

The announcement to replace Jackson with Tubman, famous for her efforts to spirt slaves to freedom on the Underground Railroad, was made by Obama Treasury Secretary Jacob Lew, who said the redesign should be completed in time to coincide with the 100th anniversary in 2020 of the passage of the 19th amendment giving women the right to vote.

Two Democratic senators on Friday said they were not satisfied with the explanation Mnuchin has given for missing the 2020 deadline.

Sen. Jeanne Shaheen, D-N.H. and the sponsor of legislation to put Tubman on the $20 bill, said “the Trump administration has no excuses left for its needless delay of the redesign of the $20 bill.”

Sen. Ron Wyden, D-Oregon, said, “Rather than technical delays, it appears the administration simply does not want to see an African-American woman placed on our currency. Congress needs answers about how far along the redesign was before Secretary Mnuchin blocked it.”
Associated Press Harriet Tubman Society United States