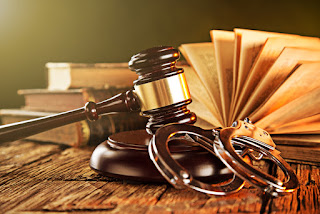 LAGOS (PM NEWS/NAN) -- Justice Initiative for the Disadvantaged and Oppressed Persons (JIDOP), on Sunday, said many Nigerians lacked access to justice, due to high cost of litigation and slow judicial processes.

Mr Lawman Nzenwa, Convener of JIDOP, said this while speaking with the News Agency of Nigeria (NAN) on the sidelines of the official unveiling of the group’s logo in Lagos.

“Our justice system has failed Nigerians. It is expensive and time consuming and people are beginning to lose faith in it.

“So, we are now advocating for emphasis on Alternative Dispute Resolution.

“I am talking about mediation and arbitration, where people can still come up and air their grievances.

“Both parties will be able sit together to find an amicable resolution to the issue.

“The way it is now, what we get is judgment not justice because of the delay in the process.”

Nzenwa said JIDOP was established to assist ordinary Nigerians, who had no access to justice and were being oppressed by wealthy individuals and institutions.

He noted that some persons had been in detention for years awaiting trial, stressing that the group would be looking into such cases and others that would give hope to the downtrodden.

Nzenwa also urged the Federal Government to obey the rule of law, by releasing people in detention who had been granted bail by the courts.

He said the continued detention of people, who had been granted bail by some courts was not good for the country’s image, adding that when prominent individuals were also being held in disobedience to the courts, it affected the people’s confidence in the judicial system.
Lagos Nigeria PM News Society