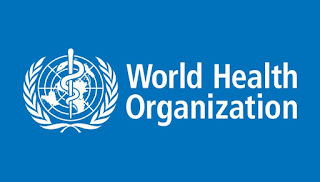 ABUJA (SUN NEWS ONLINE) -- The World Health Organisation (WHO), has raised the alarm that more Nigerians, including children, could face untimely death due to direct or indirect use or exposure to tobacco.

The UN health agency confirmed that tobacco consumption was the primary cause for lung cancer, which it added is responsible for more than two third of lung cancer -related deaths.

WHO Regional Director, Dr. Matshidiso Moeti, who disclosed the information at a press conference to mark the 2019 World No Tobacco Day, in Abuja, with the theme “Tobacco and Lung Health” confirmed that 90 percent of persons with lung cancer stand less chance of survival.

He explained that the Day was set aside by UN to sensitise global audience and raise awareness on the negative effect of tobacco consumption on adults and children who are exposed to it.

Moeti, who spoke through the officer in charge of Nigeria, Dr. Clement Peter, confirmed that outcome of a research it conducted last year revealed that over 4.7 million Nigerians use tobacco, and 16, 000 die from its usage annually

While maintaining that tobacco smoke is dangerous, he said: “It contain more than 7, 000 chemicals, 69 of which are known to cause cancer.

Tobacco affects the lungs in multiple ways. Smoking is responsible for more than two thirds of lung cancer deaths.

He said that children were also at great risk of tobacco related infections when they are exposed to tobacco smoke.

“Globally, no fewer than 165, 000 children die before the age of five years because of lower respiratory infections caused by second-hand tobacco smoke.”