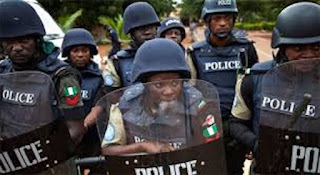 There has been widespread public outrage over last month’s raids in the capital Abuja.

Various women among the dozens arrested said they were not prostitutes but were detained randomly.

“They did all manner of things to us,” said one 27-year-old student, speaking on condition of anonymity among around 200 people during a protest march over the weekend.

The woman told Reuters she was groped, beaten and pepper-sprayed after being picked up in a club and held for three nights at the end of April. Other women said they were raped.

Long accused of widespread human rights abuses, the Nigeria Police Force said it was looking into the accusations.

“Investigations have commenced,” Usman Umar, deputy commissioner for Abuja police, said on Saturday, promising anyone found guilty would be “fished out” and punished.

At the protest, marchers carried messages such as “to be a woman is not a crime.”

Marcelle Umar, a member of Coalition to End Rape, said police were ignoring men involved in the prostitution business and targeting women indiscriminately.

“Women are walking on the street, wearing short skirts and they are tagged prostitutes for nothing,” she said, as protesters chanted behind her.

Similar to the global #MeToo movement, Nigerians have been using social media to highlight mistreatment of women, using the hashtags #SayHerNameNigeria and #AbujaPoliceRaidonWomen.