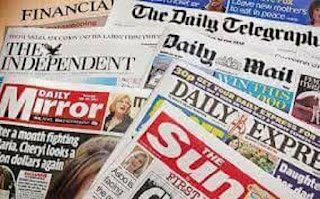 Diah, who made the special commendation said that journalists working in state have displayed a very high sense of responsibility and professionalism by reporting issues objectively.

“I must say that we have a unique breed of journalists in Taraba State. Most of you are not even from the state and yet, conduct yourselves with a very high sense of responsibility and professionalism. Your objectivity in reportage and wide coverage of issues that affect the state, even at the risk of coming to conflict with the authorities, is admirable.

“As a House, we have enjoyed good coverage and objective criticism that has helped to sharpen our operations and we enjoin you to give the ninth Assembly as much cooperation.”

The speaker said that he was humbled by the amount of support he got from his colleagues and promised a more purposeful leadership in the ninth assembly if elected speaker.

He urged the people to always put the interest of the state at the forefront and let their personal interests be subsumed by the well-being of the state.

“Humility gave me a leadership edge. I realised that I was just leading my equals so I made sure I didn’t lord it over them. I feel humbled by the comments of my colleagues. It is a trust I should not betray.

Let us always put Taraba State first and work for the good of the people,” Diah said.

He noted that the proliferation of the media industry by the social media is a major threat of disastrous magnitude, not just to the profession but the entire society.
Journalism Newsroom Nigeria Society The Writer