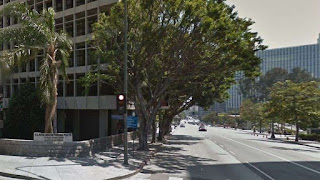 LOS ANGELES (LOS ANGELES TIMES) -- Fifteen chiropractors have been charged in an insurance fraud and illegal kickback operation that involved patients who had been in automobile accidents from 2015 to 2018, authorities said Friday.

The Los Angeles County district attorney’s office said the ringleader, Yury Chernega of Studio City, referred patients to one of 14 Southern California chiropractors in exchange for a referral fee. During a three-year period, Chernega collected roughly $6 million, according to prosecutors. Charges include fraud and embezzlement allegations in which Chernega took more than $500,000 from roughly 30 insurance companies.

The complaint includes 18 felony counts. The district attorney’s office is recommending a bail of no less $200,000 and a sentencing of at least 10 years for each. Chernega’s license is set to expire in July. He was scheduled to be arraigned Friday. The others are expected to be arraigned at the Foltz Criminal Justice Center on Monday.
Corruption Los Angeles Los Angeles Times Newsroom