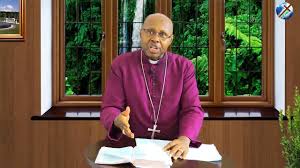 Consequently, he has called on the federal government to do something urgently to stop the reckless killings in the country.

Ibezim who spoke in Awka while delivering his Easter message stressed that human blood was sacred and not created by God to be wasted like fowls as done daily in Nigeria.

The Bishop encouraged all to identify with the victory of Christ on the Cross by stopping all forms of evil including killings, kidnapping and other atrocities against humanity.

Ibezim asked the federal government and government at all levels to take full responsibilities of protecting her citizens in its totality to ensure that peace and tranquility prevail in the society.

Condemning in its totality the incessant killings in the society, Bishop Ibezim described as “unbiblical, unethical and misuse of human blood.”

To the Christians, the cleric urged them to re-examine their lives to know if they were still in faith, adding that they should proclaim Christ as Messiah and demonstrate servanthood and humility in all they do.

Noting that the death and resurrection of Christ was the basis for Christianity even as Easter gives them hope of resurrection, victory, and life after death, Ibezim charged Christians to hold unto their faith and be steadfast in Christ Jesus at all times.