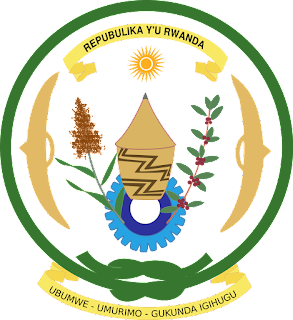 The Rwandan government and the IMF staff team reached a preliminary agreement, subject to approval by IMF management and its Executive Board, on policies that could constitute the basis for Rwanda’s new program with the IMF under the new Policy Coordination Instrument (PCI).Image: Commons Wikipedia

Ms Redifer issued the following statement at the end of the visit:

"Following the successful completion of its 2013-18 PSI-supported program, Rwanda continues to make notable progress in sustaining high and inclusive growth. Real GDP growth reached 8.6 per cent in 2018, driven by robust activity in all sectors of the economy. At the same time, inflation has remained well below the central bank's targeted inflation range (2-8%), reflecting ample food supplies and low inflationary pressures. Fiscal performance for the first half of FY18/19 has been consistent with agreed targets. In 2018, the Rwandan franc depreciated by 4 per cent against the US$ and external balances continued to improve, with international reserves rising above 4.5 months of next year's goods and services import bill.

"Growth is projected to remain strong in 2019 at 7.8 per cent, and over the medium term at around 8 per cent. Growth will be bolstered by the government's continued implementation of its National Strategy for Transformation, which has already resulted in strong investment inflows, diversified exports, and more resilient agriculture. Other large investments, such as Bugesera airport, Hakan peat plant, and electricity infrastructure, will also bolster growth. Over the longer term, extensive private and government investment in manufacturing, tourism, agriculture, ICT, health and education, among others, should indeed transform the Rwandan economy into higher value-added activities, and boost per capita incomes and living standards.

"Inflation is expected to remain low in the first half of 2019, picking up in the second half of 2019 for an average of 3.5 per cent for the year. The inflation forecast, however, depends on the Season A outcome, international prices, and accommodative fiscal and monetary policies. Very low inflation below the BNR's targeted range, should it continue over an extended period, could undermine the growth contribution of the private sector. Over the medium term, inflation is expected to return to around its benchmark of 5 per cent.

"The Rwandan government and the IMF staff team reached a preliminary agreement, subject to approval by IMF management and its Executive Board, on policies that could constitute the basis for Rwanda's new program with the IMF under the new Policy Coordination Instrument (PCI). [1] The overall objective of the program would be to support the implementation of the National Strategy for Transformation while maintaining macroeconomic stability. The program would consist of four main pillars: (1) a medium-term fiscal path that allows for more spending to reach NST goals while maintaining public debt at a sustainable level; (2) regaining momentum in mobilizing domestic resources to support development goals, including through broadening the tax base and strengthening tax compliance; (3) building on efforts to further enhance fiscal transparency; and (4) supporting implementation of the National Bank of Rwanda's new forward-looking monetary policyoperational framework, including through development of financial markets and broader access within the economy to financial resources.

"The IMF staff team met with Minister of Finance and Economic Planning, Uzziel Ndagijimana; Minister of Trade and Industry, Soraya Hakuziyaremye; Minister of Agriculture and Animal Resources, Gerardine Mukeshimana; Minister of Infrastructure, Claver Gatete; Governor of the National Bank of Rwanda, John Rwangombwa; and other senior government officials, private sector representatives, and development partners. The team thanks all stakeholders for their generous time in engaging in candid discussions."