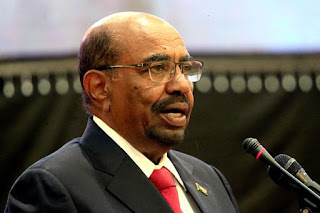 Sudan's President Omar al-Bashir. The president has pledged to release all journalists detained in connection with the protests. PHOTO | REUTERS

KHARTOUM (REUTERS)--Sudan’s President Omar al-Bashir, facing near-daily demonstrations against his government, took a newly conciliatory tone with the protesters on Wednesday, saying they are mostly young with poor prospects, and pledging to release detained journalists.

Bashir’s remarks appeared to be part of a new strategy to soften the government’s stance toward the protests after the Defence Minister and Prime Minister made similar remarks in recent days.

“Most of the protesters are young and there are factors that drove them to take to the streets, including inflation, which led to higher prices - and the limited job opportunities that don’t match the number of graduates,” Bashir told journalists invited to the presidential palace for a “discussion of recent events”.

The remarks are a dramatic contrast to Bashir’s previous demand for the “rats to go back to their holes”.

Bashir warned against destabilising the Sudanese state, however, saying “you can look at what happened in Libya,” which has been in a state of turmoil since a 2011 civil war led to the overthrow of longstanding ruler Muammar Gaddafi.

The protests, which started on December 19, were triggered by price increases, limits on cash withdrawals and other economic hardships but have since shifted focus to Bashir’s 30-year rule.

Police officers have used teargas and occasionally live bullets to disperse the demonstrations. Human rights activists say at least 45 have been killed.

The government puts the death toll at 30, including two security personnel. Political activists, civil society members and journalists have been detained.

Bashir said all journalists who have been jailed in connection with the protests would be released. Activists estimate the number of journalists in prison at 16.

The morality laws have been criticized by human rights organizations for restricting the freedom of women by, for example, making it a crime for a woman to wear trousers.

Bashir is wanted by the International Criminal Court over charges of masterminding genocide in the Darfur region, which he denies.

He has been lobbying to be removed from a list of countries that Washington considers state sponsors of terrorism.

The listing has blocked the investment and financial aid that Sudan was hoping for when the United States lifted sanctions in 2017, economists say.

Sudan has been rapidly expanding its money supply in an attempt to finance its budget deficit, causing spiralling inflation and a steep decline in the value of its currency.
Journalism Press Reuters Society Sudan