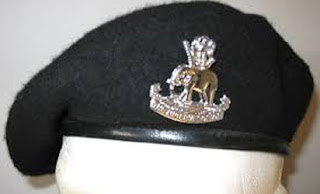 Arogundade was convicted after Justice Olabisi Akinlade found him guilty of a two count charge of murder and conspiracy to murder.

He was initially arraigned alongside five others: Mustapha Layeni, Adebayo Abdullahi, Seyi Pabiekun, Sikiru Rufai and Yusuf Arogundade, who were later discharged and acquitted by the court.

According to the state prosecutor, Mrs Rotimi, the Police officer was brutally stabbed to death on April 10, 2010 by the NURTW chairman and some thugs at Gbara Junction of the Aiyetoro area of Ajegunle, Lagos.

Earlier during the trial, the second prosecution witness, Ismaila Lukman, told the court that he witnessed the murder of the police officer.

Lukman, a commercial okada rider, said the deceased, on that day, called him to give him a ride to his mother’s house at Layinka area of Aiyetoro, Ajegunle when he was ambushed and killed by the convicts and some men.

He said: “The deceased called me to give him a ride to his mother’s house when four men approached us and dragged the deceased down from my motorcycle.

“One of them, Arogundade brought out a knife and stabbed him at the back. I ran off to go seek for help from fellow riders but when I returned, the other three men were hitting the deceased with their fist. “I could see the faces of the other men clearly because I was gazing at Arogundade who stabbed him. When I got close to the deceased, I realised he had been badly stabbed all over his body and was bleeding severely.

“I rushed him to a nearby hospital where he was confirmed dead. The hospital security officers later took me and his corpse to the police station and filed a report. The deceased’s body was carried in an ambulance to Ajeromi police Station.

“I made a statement of what happened at the station and his body was then taken to Isolo General Hospital Mortuary,” he said. Lukman further said that the convict and his cohorts killed the deceased on the ground that he was encouraging the operation of tricycles in the Aiyetoro area of Lagos which the convict claimed would reduce the income of the NURTW unit.

However, in a three-hour judgment delivered by the judge, she held that the prosecution was not able to prove its case of conspiracy against the other five defendants.

Justice Akinlade held that the evidence of the sixth prosecution witness, one Adewale Akinola, could not be used to convict the second to sixth defendants.

“I hereby acquit and discharge the second to sixth defendants in respect of the charges.

” Convicting Arogundade, Justice Akinlade held that the prosecution has proved beyond reasonable doubt that he killed the officer.

Delivering her judgment, she said: “The Prosecution has proved beyond reasonable doubt that the first defendant killed Gbenga Oladipupo. The first defendant did not act alone but since pw2 did not recognise the second to sixth defendants, they are acquitted of the two counts.

“I hereby pronounce sentence of the court upon you, Saheed Arogundade, that you will be hanged in the neck until you’re dead. May God have mercy on your soul.”
News Desk Nigeria Vanguard