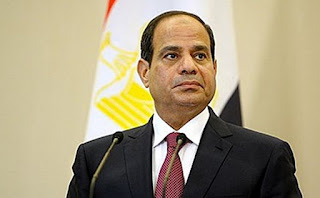 CAIRO (AP) — Egypt has rounded up at least six activists in the last couple of days in a wave of arrests coinciding with the anniversary of the 2011 uprising, a rights lawyer said Wednesday.

Authorities have waged a sweeping crackdown on dissent in recent years, reversing freedoms won in the popular uprising that toppled longtime autocrat Hosni Mubarak. Security is especially tight around the anniversary of the Jan. 25 uprising and public commemorations of it are largely banned.

Negad Borai, the lawyer, said that among those arrested in the past two days is Yehia Hussein Abdel Hady, the former spokesman of the Civil Democratic Movement. The coalition of secular and left-leaning political parties had called for a boycott of Egypt’s presidential election last year.

The other five activists were arrested on Monday after they attended a ceremony commemorating the uprising, Borai said.

The five were members of the Karama, or Dignity, party founded by opposition leader Hamdeen Sabahi, the only candidate who ran against President Abdel-Fattah el-Sissi in the 2014 presidential election.

The whereabouts of the six activists are still unknown, Borai said. A spokesman for Egypt’s Interior Ministry, which oversees police, did not respond to phone calls and messages seeking comment.

It is not clear if the activists are among 54 people who authorities said Tuesday were detained for plotting to foment chaos on the anniversary of the uprising.

The Interior Ministry said those individuals, most of them alleged members of the outlawed Muslim Brotherhood group, were arrested over the past weeks in different locations.

The Muslim Brotherhood won a series of elections after the 2011 uprising. Mohammed Morsi, a senior Brotherhood member, was elected president in 2012 but was overthrown by the military the following year amid mass protests against his rule.

Authorities have since branded the group a terrorist organization and have arrested thousands of its members, sentencing many of its top leaders, including Morsi, to life sentences or death.

The latest arrests came just two days after French President Emmanuel Macron urged respect for human rights in a meeting with el-Sissi during a state visit to Cairo.

El-Sissi, who led the overthrow of Morsi in 2013, was elected president the following year. He won re-election last year after all serious potential rivals were arrested or pressured into withdrawing from the race.

In recent years authorities have banned all unauthorized protests, blocked hundreds of websites and silenced nearly all independent media.

The government has said such measures are needed to restore stability and combat an insurgency in the northern Sinai Peninsula that has gained strength since 2013.
AP News Egypt Turmoil