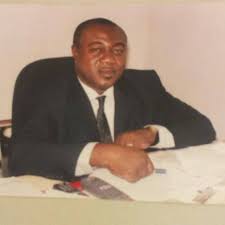 Zeek-Martins Nnadozie
BY BEN DURU, CORRESPONDENT, OWERRI JUNE 29, 2007
OWERRI (INDEPENDENT NEWSPAPERS)--Former Special Adviser to the Imo State Government on Security Matters, Chief Zeek-Martins Nnadozie has decried the amount of arms and ammunition in the hands of thugs hired by politicians during the last general election.


He insisted that some of the hoodlums armed with the weapons during the period, were using them for different purposes, because their original use had been overtaken by events.

Speaking with newsmen in Owerri, Imo State, he maintained that the number of arms and ammunition imported into the state for the prosecution of the various elections was unimaginable.

"I have always said that election is not a do-or-die affair and people must not embark on such things that would later boomerang on them because they want to win an election at all costs," he said.

The former security boss maintained that since the elections had come and gone, those who had the weapons handed over to them were now beginning to terrorize the state with the same weapon and making life uneasy for the populace.

He advised that since the politicians that bought and armed the thugs were still around, they should go back to the thugs and reclaim the weapons before they are used to wreck more havoc.

According to him the issue of security while he was at the helm of affairs in the state, was always treated with the rapt attention adding that it was for this reason that the incidence of armed robbery and other nefarious crimes were reduced to a manageable level at the period.

He stressed that not less than 400 armed robbery suspects were apprehended and handed over to the police during the period, which was to ensure that the people slept with their two eyes closed.

"What we did during the period under review is that I expect that the present administration would do. We made sure that we gave the issue of security the attention it deserved. The governor was willing and gave us attention and that was why we succeeded," he said adding that it was as a result of the determination to stamp out criminality in the state that saw the purchase of large scale equipment, ranging from vehicles to communication gadgets for the police and other security agencies.

Nnadozie, who is gunning for chairmanship of Ehime Mbano Local Government Area in the coming council election, debunked allegation that the current government in the state was slow, arguing that it was only to put processes in place for developments that would shock the people.
Igbo Igbo Politics Imo State Newsroom Nigeria