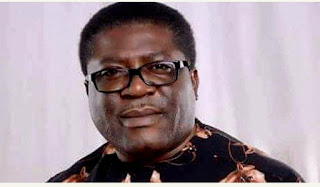 However, the party also looked at the area of avoiding aspirants with baggage and other areas that boarder on integrity, acceptability and capacity.

The APC leaders took the decision after serious considerations of the pedigree of the array of aspirants from the zone.

Adopting a democratic procedure, the selection was done through a voting process where Chairmen of the party drawn from 9 local government areas of the State participated. At the second session, 10 State Executive members voted. Among the Coalition aspirants involved in the election process were Prince Eze Madumere, Jude Ejiogu and Commodore Peter Gbujie (rtd).

During the second session of the election, which involved 9 members of the State Officers drawn from Owerri zone, Prince Madumere scored 8 votes out of 9 while Sir Ejiogu socred 1. Chief Clement Anozie popularly known as Omeremba was the Coordinator of the electioneering process. Among members of State Exco that voted were Canice Amadi, barr. Charles Mbakwe, Chief ACB Nkwopara, Barr. Charles Jaja. Others were Ukaegbu, Onyekachi, Mrs. Nwigwe, Elagamba. However, Dr. Hilary Eke did not vote. Barr. Chima Anozie was also found around Osita Izunaso’s resident for an undisclosed reason.